Even Without Access to Goods or Advertising, Cubans Keen on U.S. Brands
READ THIS NEXT
Dispatches from the panicked GDPR frontline 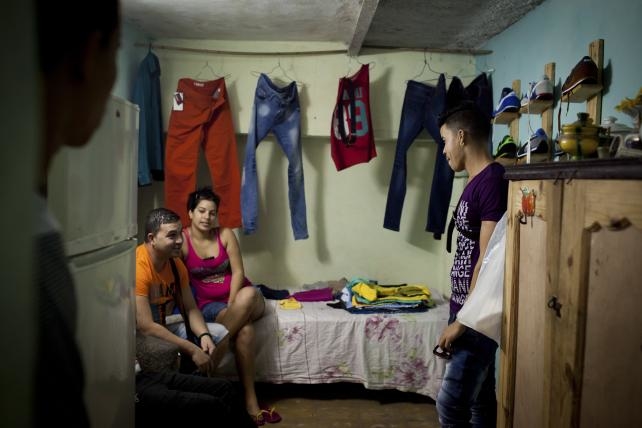 Despite President Barack Obama's initial moves to normalize relations with Cuba, it will be some time before the U.S. embargo is actually lifted. And even when it is, U.S. companies will be moving into a country that's been a no-fly zone for their products and their marketing.

But that doesn't mean some American brands won't have a leg up when the doors of commerce swing open.

"One of the characteristics of the Cuban marketplace for U.S. companies is that a large segment of the population is familiar with U.S. brand names and a large number has a preference for U.S. brand names," said John Kavulich, senior policy advisor for the U.S.-Cuba Trade and Economic Council.

That's despite living a society where that for decades was virtually advertising-free, except perhaps for store signage. Most billboards and other advertising platforms have been used for political slogans and political purposes in the socialist nation. And it's not because of the border-busting potential of social media. Internet access is limited and too expensive for most Cubans, whose salaries average about $20 a month, although doctors, nurses and other key professionals can earn up to about $70.

Legacy brands
There are, of course, the ancient, pre-revolutionary Buicks, Chevy's and Ford automobiles that are still running on Cuban roads and serve as special advertising for those brand names.

And there are those products that were sold, and even produced in Cuba and shipped to the rest of Latin America, before the embargo was imposed more than 50 years ago. Those include Gillette razors, Coca-Cola, Palmolive soap, Cheerios, Colgate toothpaste and Sherwin Williams paint, said Robert Muse, a Washington-based attorney who is an expert on Cuba issues.

Despite the embargo, these favorite brands aren't excluded from Cuba. Rather, they arrive as a result of requests from relatives in the U.S.

"The older generation would continue to ask by name for certain products and introduce them to family members," Mr. Muse said.

Still on trend
But it's not just a matter of nostalgia. Many U.S. brand names popular with Cubans were born after the Cuban Revolution, like Nike, Juicy Couture and Calvin Kline.

Cubans have some access to American movies and TV shows -- "Desperate Housewives" and "House" are favorites on state-run television -- that introduces many to U.S. name brands. But those same relatives that shipped Palmolive and Cheerios sometimes visited the island. And when they did, the newer brands did not go unnoticed.

Another reason Cubans can readily identify Nike's "swoosh" and other U.S. products are that they are brought to Cuba by foreign tourists, said Nelson Valdez, a sociology professor that studies Cuban trends at the University of New Mexico.

No gold rush
But a lifted embargo won't mean a gold rush for American brands. European, Canadian and Latin American brands have long been available in Cuba. But the fact remains that many Cubans can't afford to buy them, so they don't circulate very widely.

Nor will American goods, at least not at first, Mr. Kavulich said.

"There are 11.2 million people on the island, but this should not be confused with Dubai," said Mr. Kavulich. "An extremely limited number of people have access to enough Cuban pesos or American dollars to buy American products."

Mr. Muse said all major American companies keep their brand registrations current in Cuba, awaiting the day their products can be sold there.

Business pressure
Major American advertisers through business groups like the U.S. Chamber of Commerce are lobbying for an end to the embargo, and it has started to totter for the first time since it was imposed 50 years ago.

Using his executive authority, President Obama has taken steps to normalize relations with Cuba and asked Congress to begin lifting the embargo. But there isn't enough political support in Congress at the moment to completely lift the embargo, so it's not likely to happen anytime soon.

But Mr. Muse said that someday "the Cuban consumer market will be up for grabs" and U.S. products will be favored over other imports that are available to Cubans who can afford them now.

When that day comes, Mr. Kavulich said, U.S. advertisers should be aware the Cuban market will be unique, with special wants and needs.

"There will be some companies who say 'We will do what we did in the [former Soviet Union]'" he said. "But they need to be flexible with the template."