Cheil Struggles to Escape From Shadow of Samsung

HONG KONG (AdAge.com) -- Cheil Worldwide is no longer a division of the Korean electronics giant Samsung Group ... but it hasn't figured out how to convince the rest of the world. 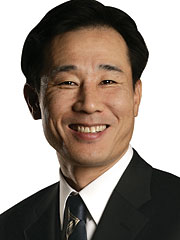 "Previously, we were too closely associated with Samsung. Dealing with the perception of us as an in-house agency is tough to overcome. It's an agency-branding issue, and it's also our identity issue," said Michael Kim, who returned to Seoul this month as Cheil's senior VP-global chief operating officer after 10 years in the U.S. The two companies are so closely aligned that Cheil execs use Samsung email addresses, a practice that will end this year.

Mr. Kim, a candid and charismatic Korean who was president of Cheil USA, took over the global chief operating officer post from Bruce Haines, who starts a new role in Seoul as chief strategy officer. Mr. Kim now oversees Cheil's day-to-day business operations while Mr. Haines will focus on growth through mergers and acquisition. In the last two years, Cheil has scooped up Beattie McGuinness Bungay in the U.K., Barbarian Group in the U.S. (a buy led by Mr. Kim in December 2009), Herezie in France and Open Tide China in Beijing.

In addition to moving Messrs. Kim and Haines into new jobs, Cheil is hiring executives -- none of them Korean -- away from rival agencies to run its key agencies around the world. This month, new senior VP-chief operating officers take over in Spain and Australia, with the appointment of Javier Taboada Arechabala, who had his own agency in Madrid, and Andrew Swinton, Publicis Mojo's chief operating officer in Sydney.

Mr. Kim is still looking for senior managers in other key markets such as Russia.

The lack of Korean names in Cheil's current hiring spree is no accident. Whereas the agency used to dispatch Korean executives to handle its largely Korean business in local markets -- Cheil now has 30 offices in 24 countries -- the new strategy is to recruit talented local staff that can develop good creative work and win domestic accounts.

"To diversify our business portfolio, we need local clients beyond Samsung. Having localized leadership will help change the perception that we're an in-house agency," said Mr. Kim.

The Samsung connection has hurt Cheil in the U.S. and Western Europe, where the "strong association prevents us from approaching local clients. They see us as just a Samsung-dedicated agency," said Mr. Kim, even though Cheil has to pitch for Samsung work outside Korea just like the other agencies that work with the electronics giant, such as Leo Burnett and Digitas.

But Mr. Kim claims the Samsung relationship helps Cheil elsewhere. "Samsung is a successful global brand. We have been behind the success. That's a great asset in some countries like China and [in] Southeast Asia."

Cheil hopes seasoned executives such as Mr. Sawyer will help build the agency's reputation as a serious independent network, but it faces an uphill battle. Korean business still accounts for more than 90% of Cheil's accounts and non-Korean clients such as Russian Standard Bank in Moscow and China Mobile's GoTone division are, Mr. Kim admits, "very rare."

But changing Cheil's image overseas won't be the hardest part of Mr. Kim's new job. As Cheil's management team becomes more ethnically diverse, its Korean leadership will have to adapt.

"We will need to realign ourselves, to work effectively and efficiently together with our local leadership. We'll need to revisit our working processes and change our culture and mindset, and that may be a challenge for us," Mr. Kim said. "But we're committed to becoming a locally competitive agency. We believe we have huge growth potential."