Faces Suspicion in Some Countries, But Has Huge Potential as International Brand
READ THIS NEXT
Dispatches from the panicked GDPR frontline 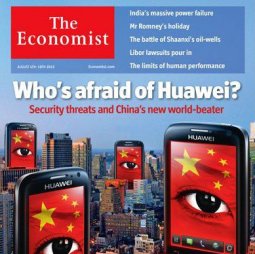 Still, Huawei's customers serve people in more than 140 countries, raking in revenues in 2011 of more than $32 billion, according to the cover story of The Economist earlier this month, titled "Who's afraid of Huawei?" And though one challenge is creating a positive image for a company with such a history, arguably an even bigger task is forging a global identity for a relatively unknown Chinese brand amid commonly held attitudes that the country's products are cheap knock-offs.

For agencies involved in the review, it's not known how much the ad account is worth. Chinese marketers are notorious for being penny-pinching and having short-term relationships with agency partners. However, the prestige and potential that comes along with an assignment of turning a Chinese brand into a global brand is proving irresistible.

"I'm pretty sure nobody is doing this for the money at this stage," said one executive that 's involved in the agency pitch. "Probably of all the Chinese brands, this is the one that is the most ready to do something on the global stage. That's why all the holding companies are interested because obviously if you have this under your belt, it's a big thing. But I'm pretty sure it's going to be a long and tough journey."

Huawei has already taken clear steps toward becoming a global company, including an Olympics TV campaign and hiring expats at its Shenzhen headquarters. The company exhibited its smartphones in Barcelona and Las Vegas this year at major global telecom and electronics conferences. And it's currently setting up design centers in Shanghai, London, San Francisco and Tokyo to innovate for its consumer product lines.