Two marketer groups, the World Federation of Advertisers and the Incorporated Society of British Advertisers, have spoken out about the possible implications for media buying, client confidentiality and lack of competition in the creative marketplace resulting from a merger between Publicis and Omnicom.

While the two big holding companies await the verdicts of close to 40 regulators around the world, the Brussels-based WFA and the U.K. advertiser group ISBA are canvassing their members in anticipation of consultations with competition authorities.

Malte Lohan, WFA director of public affairs, said, "This sort of thing raises questions for us. Bigger marketers seem to be more comfortable with it, but we have anecdotally picked up more mixed responses from smaller clients."

Ian Twinn, director of public affairs at ISBA, said, "There are potential dangers around confidentiality, and also the power of the new group to dictate terms that could look uncomfortable for some clients. There could be an insistence on contractual terms, and if clients don't like it, there's almost nowhere to go if you're in a market where [Publicis Omnicom and WPP] has 70% share." 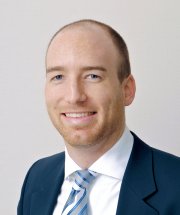 The WFA, which counts 60 of the world's biggest marketers among its members, was consulted by the European Union on competition issues when WPP bought Grey in 2005, and again when Google bought DoubleClick in 2008, but the media market has changed significantly since then, and regulators will have to redefine it as part of their scrutiny of the proposed deal.

In the European Union, any merger of more than €5 billion ($6.63 billion) turnover on a global level or €250 million ($331 million) in Europe has to be referred to competition bodies, according to Mr. Lohan, and there are similar thresholds in the U.S. and China. After 25 days, regulators can wave the merger straight through, or decide to investigate areas of concern. Other competition commissions around the world will have similar deadlines.

Publicis and Omnicom execs expect the deal to close in either late 2013 or the fourth quarter of 2014, to allow time for regulatory approvals around the world. In the U.S., filings go through the Securities and Exchange Commission, and Omnicom started filing documents with the SEC on July 29 and is expected to soon do an S-8 filing, which registers with the SEC material information related to a merger or acquisition. Until Publicis and Omnicom announced their planned merger, the biggest deal in ad industry history was Dentsu's $5 billion acquisition of Aegis, which was announced in July 2012 and closed on March 26, 2013, more than a month later than anticipated as China's antitrust authorities deliberated longer than expected over whether to approve the deal.

Mr. Lohan said, "If the EU anti-trust unit has concerns it will talk to key stakeholders, including the WFA, competitor holding companies and clients. Other national advertiser associations will have similar roles in their own countries."

Mr. Twinn does not expect there to be any issues in the U.K. He said, "This is a global merger and a U.K. view wouldn't make much difference.The competition authority here doesn't need to look at the merger unless people stir it up. Who might do that? [WPP CEO] Martin Sorrell might – or he might not, if he wants to do something similar himself in the near future."

Both trade bodies said that media buying is the most likely sticking point for regulators. Mr. Lohan said, "There is no simple way of predicting how the European Commissioner will react. One of the major concerns is how to define the competitive markets in which [Publicis Omnicom] is operating. Are they operating in several distinct markets or one large market? If you define [media] narrowly, they could be seen to be exploiting their size in an unfair, anti-competitive manner."

As far as member response goes, both the WFA and ISBA reported that it has been fairly slow so far due to summer vacations.

Mr. Twinn said, "We haven't heard from many advertisers but it hasn't been a magnificent mood. One or two can't see the advertiser benefit. I'm not really sure it is about advertising – it's about business, and finding new ways to operate in the digital, global world."

The WFA and the U.K.'s ISBA each put out very cautious statements in response to the merger.

The WFA said it has "a long track record in championing competition and transparency in the advertising sector and we will continue to do so in our responses to the relevant competition authorities." ISBA said, "We have a long-standing concern about the effects of excessive concentration on business. We hope that this news does not signal greater concentration that would raise great concern among advertisers."