Bud Drinkers, Not Agency, Will Be Behind the Next Chinese New Year Campaign | Ad Age
Skip to main content

Bud Drinkers, Not Agency, Will Be Behind the Next Chinese New Year Campaign

Chinese Beer Consumers to Create the Next Budweiser Spot Through Online Contest
READ THIS NEXT
Dispatches from the panicked GDPR frontline
Budweiser consumers will come up with the next Chinese New Year spot.
Credit:

SHANGHAI (AdAgeChina.com) -- Anheuser-Busch InBev is the latest marketer in China to invite consumers to create an ad campaign, but the brewer has one rule: The commercial must feature ants.

The U.S. beer giant is partnering with Tudou.com, a Chinese video-sharing site like YouTube, in a contest that lets consumers pitch ideas for a Bud TV spot that will run during the Chinese New Year in February 2010.

The Budweiser digital contest was created by A-B InBev's marketing team in Shanghai and is a first for the company globally. DDB Worldwide, which was named Budweiser's global agency this week, JWT and TBWA Worldwide regularly work on local and imported A-B InBev brands in China, but no ad agencies are involved in this contest. Only ants.

The ants, a motif of Bud's annual Chinese New Year campaign for the past 10 years, have become part of China's biggest and most traditional holiday.

In previous years, the celebrated commercial was produced by Hong Kong creative agency Image Boutique. This year, A-B InBev has turned to fans of the ant spots.

Web users can compose and submit ideas on a site, bud.tudou.com, outfitted with a storyboard design engine created by Bud for the contest. The engine lets would-be creatives write, draw and edit to transform ideas into a TV commercial storyboard.

"The ideas should not only be humorous and impressive, but also reflect the international king of beers brand image of Budweiser. The ants will overcome all kinds of challenges by showing their intelligence, courage, teamwork, spirit and solidarity," Ms. Yeh said.

Entries can be submitted and voted on through the end of August. From five finalists picked Sept. 1, judges will name the grand winner, who collects a 100,000 RMB ($14,637) cash prize and gets to help produce the ad.

The contest judges include Rex Wong, A-B InBev's VP-marketing and new products; Tudou's CEO Gary Wang; Paul Wong, the director of the Budweiser ants TV spots since 2003; and a celebrity to be named later.

"We realized user-generated ideas and online video are both very popular among internet users at this stage, so this is the area that we want to use as well," Ms. Yeh said. "We always consider ourselves as a 'king of beer' so Bud's brand image is about prestige, leadership and leaders who pursue high quality."

Bud is a premium brand in China, selling for between 88 cents and $1.17 a bottle in convenience stores and up to $4.39 in restaurants. In trendy bars and nightclubs, the price starts at $5.85. Bud drinkers in China tend to be educated, high-earning males who live in China's tier-one and tier-two cities.

The strategy of letting consumers take control of advertising has become popular in China, as marketers go after young, affluent white-collar workers who are eager to engage with each other and with companies online -- but seldom watch TV. Other mass marketers like PepsiCo, Coca-Cola and McDonald's have successfully done contests that let consumers come up with story lines for TV commercials and slogans.

The animated insects were chosen as the spokespeople for Budweiser in China in 1997, Mr. Wong said. They depict "the Chinese national spirit of diligence, solidarity and intelligence." 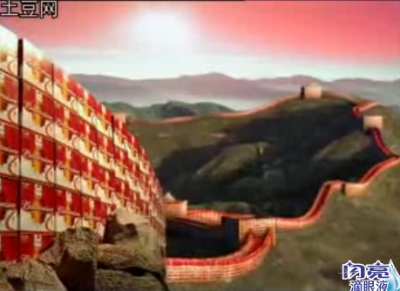 Those attributes sound a lot like A-B InBev's corporate mantra these days. The contest is part of an aggressive effort to regain its status as "King of Beers." Earlier this year, Chinese brew Snow Beer overtook Anheuser-Busch's Bud Light as the world's largest-selling beer brand.

With sales flat in the U.S., A-B InBev is looking for growth in emerging markets such as China, already the world's largest beer market. China's beer output grew 6% year-on-year to 20.51 million liters in the first half of 2009, but sales are dominated by three local manufacturers. Snow Beer, Tsingtao Brewery Co., and Beijing Yanjing Brewery Co. account for about 40% of the market. Snow is produced by a joint venture between China Resources Enterprise Co. and SABMiller.

Bud's sales are likely to keep growing, but not as fast as A-B InBev might like, said Joy Huang, a Euromonitor research analyst in Shanghai. The financial crisis "will have some negative effect on premium beer sales, and pub and bar culture hasn't extended to China's lower tier cities yet.'

At the same time, she added, "Budweiser is facing fierce competition from other multinational brands like Carlsberg Chill, which has a very fashionable image. Local brands are also trying to move upwards with premium brands of their own, such as Snow Draft, which was launched in 2008."

In 2007, the most recent year for which Euromonitor has data on China's beer market, InBev and Anheuser-Busch controlled 13% of China's beer market, making it the No. 2 marketer after Snow Beer (17.9%). Tsingtao and Yanjing's market shares wee 12.8% and 10.4%, respectively.