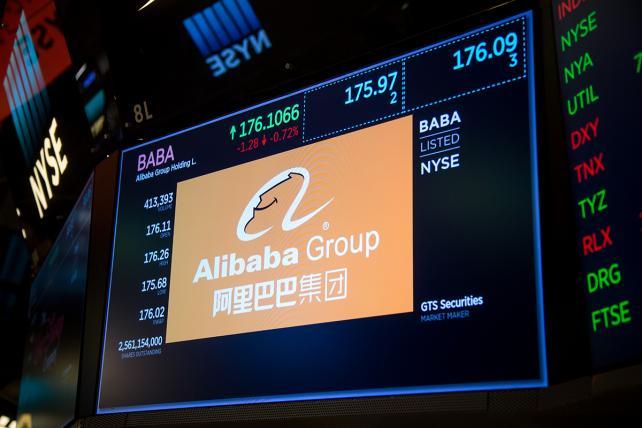 With sales growth of 61 percent booked for the September quarter, billionaire Chairman Jack Ma is now pushing deeper into shaking up China's old-school retail sector. Alibaba, China's biggest company, is enlisting half a million mom-and-pop shops as part of a drive to woo customers both online and in-store as it opens its wallet to boost services to merchants on its platform. That's on top of an avowed $30 billion spending plan for everything from artificial intelligence and cloud computing to logistics.

Cloud computing revenue doubled in the September quarter, cementing its place as one of Alibaba's fastest-growing businesses, in direct competition with Amazon.com Inc. and Tencent Holdings Ltd. But in the long run, it's staking the future on its bread-and-butter operation of catering to consumers.

Alibaba's "new retail" plan carries a simple premise -- to combine its online merchants with a vast swathe of physical stores now divorced from the internet, stripping out layers of profit-sipping middlemen and boosting Alibaba's e-commerce in the process. Those outlets double as storage and delivery centers.

But the execution involves a battery of expensive and time-consuming investments: buying into department stores such as Intime, setting up "smart" grocery stores like Hema, investing $15 billion into expanding its delivery network into remote regions, and enlisting some half-a-million mom-and-pop stores that now serve the countryside.

Alibaba is trying to transform the way retailers large and small manage their inventory based on real-time demand. And drawing more physical customers into its network boosts its own online orders and provides abundant data to target future consumers.

Early results are promising. Chief Financial Officer Maggie Wu said revenue from new retail -- mainly Hema and Intime for now -- more than quintupled in the September quarter. Efforts to integrate Cainiao, the loss-making logistics arm that it acquired, are proceeding apace. That gave Alibaba the confidence to predict a 49 to 53 percent rise in revenue in the current fiscal year, from 45 to 49 percent previously.

"We are seeing the early results from our efforts to integrate online and offline with our New Retail strategy," Chief Executive Officer Daniel Zhang said in a statement. He said the company plans to franchise the Hema model that combines a supermarket, restaurant and fulfillment center in a single location on its technology platform.

Ultimately, the idea is to sustain growth -- no small feat for a $480 billion company. Sales for the September quarter rose 61 percent to $8.3 billion. That sent the stock up 1.2 percent in early New York trading despite already having doubled this year, a rally that created more value for any company apart from Apple Inc.

Core commerce, which remains by far the largest slice of Alibaba's business, surged 63 percent to $7 billion, buoyed by 488 million active consumers on its Chinese retail marketplaces. A lot of that growth stemmed from spending via smartphones, as mobile monthly active users reached 549 million.

"Alibaba is doing really well in advertisement monetization, in that sense it's more like a media company than an e-commerce company," Steven Zhu, a Shanghai-based analyst at consultancy Pacific Epoch, said before the release. "The company's ability to make money from its mobile app has improved significantly."