It's Massive in China, but Can Alibaba Make Annual Shopping Holiday Go Global?
READ THIS NEXT
Dispatches from the panicked GDPR frontline 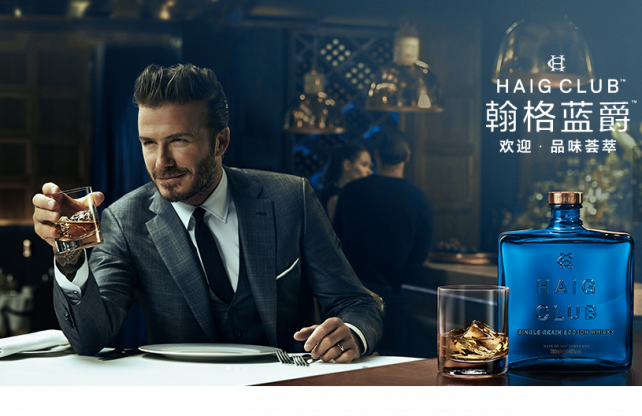 An hour into Alibaba's massive annual online shopping fest, giant screens at the company's headquarters in China broadcast the sales so far: $2 billion, with nearly 46% of those logged on mobile devices. At 1 a.m. local time on Tuesday, there still were 23 hours to go.

This is the sixth year Alibaba has celebrated Double Eleven (named after the date, 11/11), a 24-hour discount festival dreamed up to encourage spending at a dead time in China's retail sales calendar. Last year, Alibaba logged $5.8 billion in sales in 24 hours, which made it way bigger than Black Friday and Cyber Monday combined (just under $3 billion in online sales, according to comScore.)

Alibaba Group is still celebrating after its record-breaking $25 billion initial public offering in New York in September, and the Chinese giant is eager to be prove it can be a global player. (Alibaba, which makes a sizable chunk of revenue from its own advertising ecosystem on its various online marketplaces, already has a market value worth more than Amazon or Facebook.)

This time, people around the world can join in the sales and buy from Chinese merchants via the AliExpress platform (even hair extensions are available there, as an Alibaba press release pointed out), and for some items there's free shipping.

"We view this as a starting point to do a global consumer day," Daniel Zhang, Alibaba Group's COO, told reporters at the company's campus in Hangzhou, eastern China, where trees were decked out in sparkly holiday lights. Satellite trucks lined up outside, and journalists crowded an auditorium to watch the real-time sales numbers flash by in real time.

Nov. 11 – sometimes called Singles' Day because the date 11/11 looks like solitary stick figures -- is becoming an important date on the calendar of Western brands.

Costco joined the Tmall Global platform just in time for the event, and people pre-ordered 90 tons of Kirkland mixed nuts. There's more focus on pre-orders with deposits this time, to prevent server havoc at midnight and to give logistics partners more time to plan. Blue Nile also joined to sell gems. (Below, watch McCann Worldgroup Shanghai's commercial for Tmall.)

Other brands taking part for the first time include Clinique, Kenneth Cole, Origins, Calvin Klein and American Eagle. Foreign brands including Uniqlo, Gap, Nike, New Balance and Adidas were among the top sellers in the first hour.

Merchants are required to offer deep discounts, slimming their margins. The retailer licensed to sell French brand Elle's handbags in China explained why it was worth it to him.

"Normally we do 200 orders a day," Brian Lee told foreign reporters. "Tomorrow we expect 27,000." His company spends 30% of its annual marketing budget on the event.

Nearly 46% of sales were logged on mobile devices in the first hour this time, compared to 21% last year. Alibaba is pushing those sales by encouraging merchants to give mobile buyers a small extra discount. (The focus on mobile is partly because competition from Tencent's WeChat smartphone app is the biggest threat to Alibaba's e-commerce dominance in China.)

Going more mobile means people "visit our site more frequently but for shorter times," the Alibaba COO said. How is Alibaba reacting to that?

"This is all based on data -- we are trying to give people more data-driven, more personalized pages," Mr. Zhang said.

Alex Misseri, senior VP-retail and commerce for Razorfish Asia-Pacific, said mobile sales upwards of 50% would be a wakeup call for merchants and marketers who neglect that channel.

"People say, 'yeah, mobile,'" said Mr. Misseri, who works on China e-commerce for brands including Diageo's portfolio and Uniqlo. "But they don't really act on that thinking."