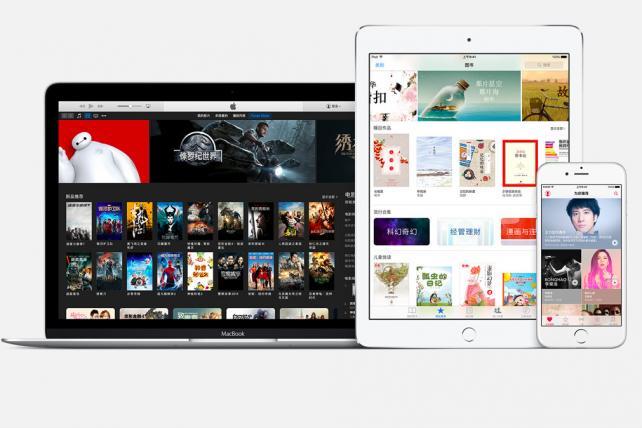 Apple's entertainment offerings in China are expanding to include Apple Music.
Credit: www.apple.com/cn

Apple began offering its three-month-old music streaming service as well as movies and electronic books in China on Wednesday, promising a library of content geared toward its most important market outside of the U.S.

Apple Music, the iPhone maker's answer to streaming services Spotify and Pandora, will kick off with a three-month trial before charging $1.57 a month, the Cupertino, California-based company said in a statement. That's a fraction of the $10 to $14 the company charges in the U.S.

In China, the service will carry regional artists like Eason Chan and Li Ronghao in addition to international stars like Taylor Swift.

Customers in China with a foreign Apple ID, such as from the U.S., have been able to download music from the company's online store. Songs and albums remain off-limits to iPhone and iPad users with a local Chinese Apple ID, according to Apple's online support page.

"For the first time, customers in China will have access to Apple's entertainment ecosystem with music, movies and books right at their fingertips," Apple said in Wednesday's statement.

Apple sold a record 13 million iPhones during the debut weekend of its latest handsets, boosted by launch-day availability in China, which now accounts for more than a quarter of its revenue. Executives have expressed confidence in the market even as the world's second-largest economy faces its slowest pace of growth in a quarter-century.

The company is rushing to double the number of retail stores in the country by the middle of next year. Apple said Wednesday it remains focused also on tailoring its online services for the world's largest population of smartphone users.

"One of the top requests has been more great content and we're thrilled to bring music, movies and books to China, curated by a local team of experts," said Eddy Cue, Apple's senior vice president of Internet Software and Services.