More Fashion Expertise for a Company Thinking About Wearable Computing 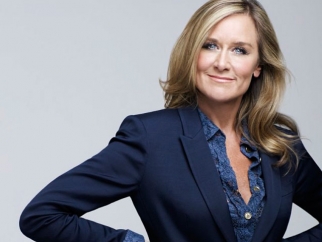 Ms. Ahrendts's task at Apple when she officially starts next spring will be to oversee the strategic direction, expansion and operation of both retail and online stores, Mr. Cook said in a statement. Like former Yves Saint Laurent CEO Paul Deneve, hired by Apple this summer to work on special projects and report to Mr. Cook, Ms. Ahrendts also brings fashion expertise to a company reportedly working on a "smartwatch."

Although her post is a new one, she effectively fills the vacancy created when John Browett, a Brit who used to run U.K. electronics chain Dixons and joined as Apple's head of retail last year, was ousted after only seven months in the job. In August Apple hired Enrique Atienza, senior VP at Levi's, to lead Apple's U.S. retail efforts.

Burberry has been a pioneer in social media, starting with the "Art of the Trench" campaign in November 2009, which cleverly drew in Burberry customers as well as social media commentators. By 2012, Burberry had moved 60% of its marketing budget to digital and this year created more social media buzz than any other brand at London Fashion Week, according to Salesforce Radian6 – helped by a tie-up with Apple that broadcast exclusive photos and videos from the show using the brand new iPhone 5s.

Burberry stores have also led the way in digital innovation. The company's London flagship on Regent Street includes mirrors that are transformed into screens by microchips hidden in the clothing, so that customers trying on clothes can see video of the items being made and clips from fashion runways.

Ms. Ahrendts's success in China, where Burberry has 69 stores and which accounts for 14% of its income, should be useful to Apple as well.

Ms. Ahrendts, who has worked at Burberry for ten years, is credited with driving the 157-year-old British brand to become a global leader in luxury fashion and retail. When she joined, Burberry had lost its way -- the signature plaid was popular among trashy celebrities and their dogs, and fake versions were ubiquitous -- but she turned the company around by cutting back on the pattern, introducing new products and regaining control of the supply chain, helping Burberry rejoin the ranks of high fashion brands.

In a statement, Ms. Ahrendts said, "Burberry is in brilliant shape, having built the industry's most powerful management team, converted the business to a dynamic digital global retailer, created a world class supply chain, state of the art technology infrastructure, sensational brand momentum and one of the most closely connected creative cultures in the world today."

Christopher Bailey, Burberry's chief creative officer, will now take on the role of CEO. "We will continue to push the boundaries of design, technology and communication," he said in a statement, "while never forgetting our heritage, our Britishness and our values."

Ms. Ahrendts, 53, is an American who began her career working in New York for labels including Donna Karan and Liz Claiborne. One of only three women leading FTSE 100 companies, last year she was the first woman to top the CEO pay scales in Britain, taking home $27 million.

Her departure was announced at the same time as Burberry's half-year results, which showed 17% growth in sales in the six months ending in September. For stores that have been open at least a year, sales were up 13%, boosted by strong performance in Asia Pacific, Europe, the Middle East, India and Africa. Total revenue increased 14% to $1.65 billion.

Burberry was founded in 1856 by Thomas Burberry, and began by supplying trench coats to troops in the first world war. The brand's ad campaigns have used British celebrities including "it" model Cara Delevigne, actors Emma Watson and Eddie Redmayne, and David and Victoria Beckham's son, Romeo.