Is Asia Setting the Trends on Selfies?

Selfies Are Huge in Asia, and Brands Are Having Fun With Them
READ THIS NEXT
Dispatches from the panicked GDPR frontline

Selfies in a McDonald's ad in the Philippines
Credit:

Selfies are a global phenomenon, of course, but Asian markets might be ahead of the curve, in everything from users' embrace of the phenomenon to marketing campaigns to selfie-inspired technology.

In China, selfie touch-up apps have been popular for years, and social media feeds are full of photos of women with enlarged eyes, slimmed-down jawlines and whitened skin, a widely-coveted look. Now China's social networks are buzzing about Primo, a Japanese app that claims to un-doctor selfies to reveal what people really look like -- though some users complained that all it really does is make people's faces fatter and eyes smaller.

In Thailand, a woman who goes by "mortao maotor" has nearly 16,000 Instagram posts, almost all selfies. (Kim Kardashian, meanwhile, has logged only 2,220 Instagram posts total.) And after Thailand's coup early this year, people poured into the streets for self-portraits with soldiers. "In Thailand, Martial Law Is a Backdrop for Selfies," was the headline on Mashable.

Other intriguing trends: In Japan, women in the gyaru fashion subculture began tilting their heads down during self-portraits to hide their faces (to better spotlight their over-the-top hair and nails?) In China, a contest for women showing self-portraits featuring their armpit hair went viral, possibly in a backlash to all the glamour shots filling the country's social media.

Finally, selfies have driven smartphone technology, with Asia's top brands competing on the specs of their front-facing cameras: China's Huawei applied for trademarks on the term "groufie" to designate group selfies, while South Korea's Samsung embraced the competing term "wefie." Selfie sticks are another big phenomenon: Korea's government has cracked down on ones that use Bluetooth without proper authorization. 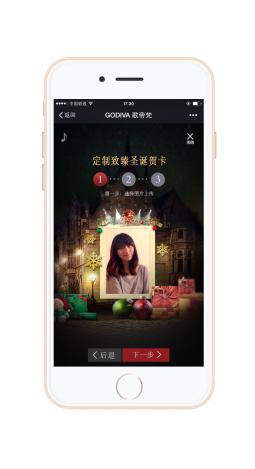 And it's possible the world's epicenter of selfie culture is in Asia. When Time magazine tried to quantify the world's "selfiest" cities using data from Instagram in March, it proclaimed Makati and Pasig City in the Philippines as the winners. Four of the top 10 were in Asia.

So what's going on? It's impossible to generalize when it comes to Asia's very different markets, but one possible theory is that in Asian megacities, selfies might offer an escape from anonymity.

In a place like China, population 1.36 billion, selfie-taking might partly be about "wanting everybody to see who you are in this society where you risk being lost among so many people, and where it's such a fast-moving environment," said Carter Chow, managing director of McCann Shanghai. Apps to personalize selfies are an extension of that self-expression.

Another cultural insight: In China, "people love to take selfies in Godiva shops and with brands they aspire to, especially younger customers," Mr. Chow said.

Globally, 2014 has been a big year for selfies in marketing, from Samsung's coup at the Oscars to Beats by Dre's recent #soloselfie campaign. Here's a look at how marketers have been playing with the phenomenon in Asia. 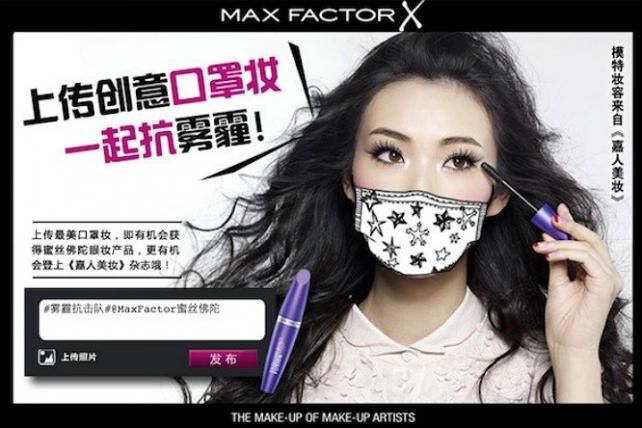 Social commentary or practical makeup question? This social media contest from Max Factor in China encouraged users to take photos showing how they pair eye makeup with their anti-pollution facemasks.

In this ad from McDonald's in the Philippines, an older gentleman's walking stick turns out to be something else entirely. 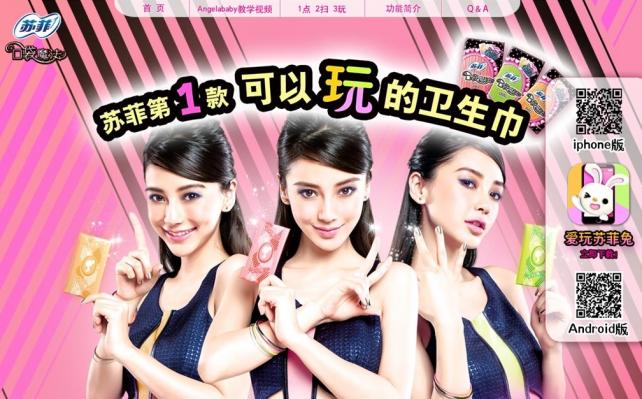 An augmented reality app for the Sofy sanitary brand pad offered a period-charting calendar as well as a way to customize selfies with the cute mascots from the brand, part of Japan's Unicharm Corp. (Women had to scan the product to unlock the mascots.) About 280,000 people downloaded the app in its first month.

Lenovo's smartphone spot for its home market of China offers selfie "horoscopes." Plus, it's probably the only ad ever to feature someone inviting a flasher into their selfie.

Chinese smartphone brand Huawei and Saatchi & Saatchi Thailand launched a viral campaign marketing the Honor 3C camera and the specs of its front-facing camera, while simultaneously poking fun at the whole selfie phenomenon. Over-the-top and playing on gross-out humor, it was a departure for the world's fifth biggest smartphone maker, which tends to be more cautious in its marketing. There wasn't much media budget, "so we said, why don't you make it very off-the-chart, make it really crazy, so that people want to share it," said Nuntawat "Golf" Chaipornkaew, Saatchi Thailand's executive creative director.