What Brands Should Know About China's Currency Devaluation

Which Companies Win and Lose? And How Much Should Brands Worry?
READ THIS NEXT
Dispatches from the panicked GDPR frontline 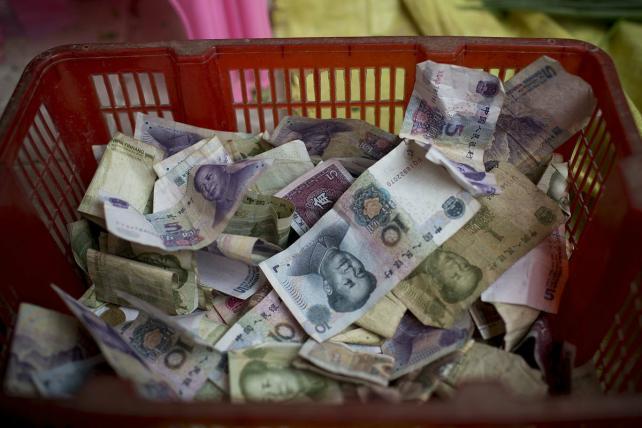 What effect will China's currency devaluation have on brands, and consumers?
Credit: Brent Lewin/Bloomberg

For brands targeting Chinese consumers, these are complex, uncertain times. China's GDP growth slowed to 7% in the first half of 2015 (though some economists say the real figure was lower.) The stock market plunged a few weeks back, and Tuesday brought new volatility there. Then there's the currency, the yuan or renminbi, which dipped more than 4% last week after a policy shift from Beijing. That move simultaneously aligned the currency closer to the market forces and gave a boost to Chinese exporters.

It's been a whirlwind. Here's a look at some basic questions marketers might have:

What can brands expect after the currency devaluation?

In the short term, the currency fluctuation probably won't have much effect, except maybe putting a damper on shopping sprees when Chinese consumers travel to Japan or Europe, said Jeongwen Chiang, professor of marketing at the China Europe International Business School, or CEIBS. (The first week of October is a holiday in China, and many people travel abroad and shop; local media say spending then will be something to watch.)

Further along, if the renminbi "devaluation persists against other major currencies, costs of materials or imported prices may have to be reflected in the retail price," he wrote in an email. In that case, inside China, Chinese brands might have a price advantage over imported brands. And for exporters, "it would be easier to compete overseas, provided that their costs are not tied to a heavy percentage of imported ingredients or parts."

Which brands are potential winners and losers?

Chinese consumers, shopping inside their country and on travels abroad, are critical for luxury brands, and the market is nervous about how the yuan's devaluation will affect them. Luxury brand shares have taken a beating; the category has already been hit by Chinese government's crackdown on corruption and the general economic slowdown. Apple's stock prices dipped too, since Greater China is the company's second-biggest market, and there was discussion on whether the company might raise prices in China. (Apple hasn't commented; its chief financial officer said last month that it was always "careful and thoughtful" about adjusting prices when currencies fluctuate.)

Yum Brands, parent company of KFC and Pizza Hut, gets about half its revenue in China, but a Morgan Stanley research note pointed out that impact should be relatively small, since the company's costs and sales in China are both in yuan. Many foreign car brands are manufactured locally in China, and for that reason General Motors downplayed any impact the currency adjustment would have.

Winners in the U.S. could include toy companies like Mattel and Hasbro, which import many finished products from China, as do clothing, shoe, furniture retailers and general merchants such as Target, Macy's and Walmart, as Fitch Ratings noted.

Chinese electronics and smartphone brands with a large following abroad, including Huawei and Lenovo, could benefit. But at this point, there still aren't that many Chinese brands with a huge global consumer base. The country's most powerful brands – internet giants Alibaba, Tencent, Baidu – mostly cater to China's 668 million internet users, though they're trying hard to branch out.

Putting the events of the last few weeks together, how much should marketers be worrying right now?

The currency devaluation and stock market turmoil might have less effect on Chinese spending than some might expect, said Michael Zakkour, co-author of "China's Super Consumers" and VP for the China/APAC practice at Tompkins International.

"The stock market doesn't work in China the way it does in the U.S. -- it's a place where only a small number of people speculate, and it's not really tied to the larger Chinese economy," he said. "When the stock market went up 150% over the last year, it had no effect on the day-to-day lives of average Chinese people and their spending power." The same was true when it came down.

"With the currency devaluation, the average Chinese person may see slightly higher grocery bills for day-to-day essentials," he said. "For a person in the market for mid-market, premium and luxury products, it probably still won't have a big effect."

The yuan dropped by 4% last week; but putting that into context, he said, China's currency had gained 30% in value against the dollar over the last decade.

Still, there is cause for caution, Mr. Zakkour said. "If a lot of incidents that seem isolated become part of a bigger negative trend in the Chinese economy as a whole, that may become a big deal."