Videos Focus on First City Each Team Will Play In; U.S. Draws Natal. Where's That?

Brazil's government tourism authority Embratur took advantage of today's live World Cup draw to start targeting online videos at potential visitors to Brazil from key tourism markets. The draw, eagerly awaited by soccer fans around the world, places the 32 national teams in 8 groups and determines which teams will play each other first, and in which of the 12 Brazilian cities that will host World Cup games starting in June 2014. 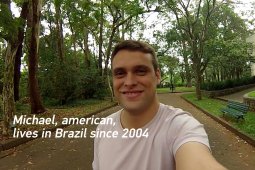 Embratur worked with Sao Paulo agency Neogama/BBH to create videos for each of 13 key tourism countries that have teams playing in next year's World Cup in Brazil. Each video is narrated by a native of that overseas market who happens to live in Brazil, talking about the charms of the city that his country's team will play its first World Cup game in.

Because no one knows the outcome of the drawing in advance, Neogama had to shoot one-minute videos for each of the 12 host cities for all the key countries. They include the U.S., five European and five Latin American countries, and Japan. An additional film, covering all the host cities, will be used in the other countries participating in the World Cup with the exception of Iran, which doesn't allow online media.

Google had a team at Neogama today to handle the logistics and technology to get the correct videos out quickly to all the World Cup country participants. The goal is to have about half of the videos released today, and the rest in the next few days.

In the live draw, the U.S. was placed in Group G, with Germany, Portugal and Ghana, and will play its first game June 16 against Ghana, in Natal. That tropical city in northeast Brazil may be a tough sell to lure visitors; despite nice beaches, Natal is not a major attraction for foreigners like Rio de Janeiro, and it's unlikely many Americans have heard of the city that boasts the world's biggest cashew tree. In the U.S. video, an American named Michael who has lived in Brazil since 2004 touts the splendors of Natal.

The videos extolling Brazil's World Cup cities bring together two Embratur strategies: digital communication and life experience, said Embratur's president, Flávio Dino, in a statement. "Digital communication because more than one-third of tourists choose Brazil based on information available on the internet, and life experience because it gives the sensation of being in that place, which adds value to our tourism product."