Burberry last month announced sales of $2.1 billion for the six months through March, a record performance by a British fashion brand.

Burberry's dramatic international rise is even more striking against the announcement that U.K. trench-coat maker Aquascutum is going into administration, which can be a prelude to liquidation or asset sales. The contrasting fortunes of two U.K. brands with a similar heritage highlighted how Burberry is benefiting from its engagement with luxury consumers in developing markets, particularly China.

The company's global appeal was on display at the Burberry Prorsum Winter Show in Hyde Park -- the standout runway presentation during London's Fashion Week. The show was particularly bold in visual expression, with runway models projected as holograms that clashed and exploded, more like a computer game than a stuffy catwalk.

Burberry regained control of its franchising arrangements in China last year -- a vital step in a market where luxury-buying behaviors and loyalties are not legacies but created by impressions formed while shopping.

As part of an aggressive expansion of flagship stores in established and emerging Chinese cities, Burberry created a signature shop floor experience with elements of digital media. Typically younger than developed markets and raised on the internet, China's high-net-worth consumers learn about and explore luxury products online.

To meet those local expectations, Burberry rolled out its digital retail model in China. The stores, with interactive touch screens the size of mirrors and sales staff armed with iPads, let customers mix, match and customize beyond the inventory available onsite.

Further recognizing digital's role in creating more luxury-brand enthusiasts, Burberry is putting considerable energy into digitizing events and public relations. A watershed was the opening party of the brand's flagship in Beijing, which was broadcast on local social-media platforms such as Sina Weibo and got 3 million viewers. 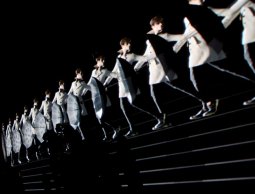 Unlike brands that cling to their credentials, Burberry has identified the nascent nature of prestige-goods consumption in China. The brand has been recast with a warmer and more playful character that better matches China's optimism and experimentation.

And there is a subtle shift from British heartland to cutting-edge London -- an image that 's more aspirational and understandable to globally literate consumers in major cities such as Shanghai and Beijing.

As the Chinese market grows, Burberry's harnessing of digital potential will be instructive for other heritage luxury brands that must create stronger intimacy and engagement locally.

Jerry Clode is associate director at WPP's Added Value, where he focuses on cultural insight for Asia-Pacific.