Where Is the CEO of Edelman's China Holding Company? | Ad Age
Skip to main content

Where Is the CEO of Edelman's China Holding Company?

The CEO of PR giant Edelman's China holding company has not reported to work for over a week, apparently because he has been asked to "cooperate" with Chinese authorities leading an investigation, a top executive said Wednesday. 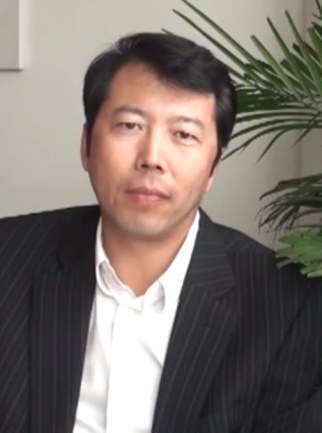 Steven Cao is the CEO of the Daniel J. Edelman China Group

Soon after Steven Cao, CEO of the Daniel J. Edelman China Group, stopped showing up for work, authorities visited one of the company's subsidiaries in Beijing on July 24 to request help with the probe, said David Brain, president and CEO of Edelman's Asia Pacific, Middle East and Africa business.

Chinese authorities have not given any indication of what exactly they are investigating or made any mention of Mr. Cao. (In China, the phrase his company used -- "cooperating with authorities" -- can suggest officials are questioning or holding someone. And people can be held at length without ever being formally arrested.)

One possibility is that investigators sought to speak to Mr. Cao about his ties to a famous TV news anchor who was detained by prosecutors in mid-July. That anchor, Rui Chenggang, founded a PR company with Mr. Cao over a decade ago, and in 2007, Edelman bought a majority stake in that firm, Pegasus Communications.

The TV anchor's detention is widely assumed to be part of a larger probe into allegations of corruption at his broadcaster, state network CCTV.

No contact
"It is our understanding that Steven Cao is cooperating with authorities on the investigation," Mr. Brain said. "We have not been in contact with Steven, so we don't have any further information about Steven's whereabouts."

For now, senior China management is overseeing operations at the company, Mr. Brain said, and business in the country is running as usual. Edelman employs more than 300 people across its four brands in China.

Mr. Cao was named CEO of the China holding company in October 2012. He did not respond to Ad Age's emails or calls to his mobile phone.

On Friday, Pegasus Communications put out a statement saying that Chinese authorities had paid a visit to its Beijing office. That statement said the company was cooperating in the investigation and also carrying out its own internal probe, but it did not address Mr. Cao's whereabouts.

Corruption
China is waging a massive crackdown on corruption at all levels -- this week, the country launched an investigation into Zhou Yongkang, China's once-powerful former security chief. Even in that extremely high-profile case, there are still no details on what he is accused of beyond suspected "serious disciplinary violation."

Several employees of CCTV have been detained in the wide-ranging anti-corruption crackdown, Chinese state media have reported. The most high-profile is Mr. Rui, a business-news anchor famous for his nationalistic stance on issues, and his habit of directing the spotlight away from his interviewees and onto himself.

While officials have never explained his detention, Chinese media have suggested his past ties to Edelman were a conflict of interest.

After Edelman bought a majority stake in Pegasus in 2007, the newscaster kept a 7.92% share in the subsidiary (though he was not an active shareholder).

At the time, Edelman expected the broadcaster to sell his stake to Mr. Cao immediately. But the sale didn't happen until 2010.

In the meantime, for two of those years, Pegasus handled corporate sponsorships for companies helping underwrite CCTV's presence at the prestigious World Economic Forum in Davos. Edelman has said it is carrying out a fact-finding mission into Pegasus' past.