Here's Why Brands From Braun to Durex Actually Want That to Happen
READ THIS NEXT
Dispatches from the panicked GDPR frontline
Credit: Durex

In China, one popular way for millennials to watch online video is in a format called "danmu," or bullet screen. The images get covered over with the random commentary of whoever has watched before, transforming a solitary viewing experience into a communal exercise in humor and snark. Messages fly across the screen like a hail of bullets, thus the name; often there's so much text layered over videos it's hard to see what you're watching.

"Danmu" became popular on a Japanese platform called Niconico and made its way to China, where it started out as a subculture phenomenon for fans of Japanese anime and games. Now it's entered the mainstream, and brands are experimenting with it on a video-sharing platform called Bilibili as they compete for the attention of China's most sought-after demographic—people in their teens and early 20s.

Coca-Cola's socially responsible water brand Ice Dew Chun Yue asked people what aspects of the anime/manga/gaming world they wished were real. The call-to-action video got more than 233,000 views. The brand granted three wishes; in one, it brought the handsome princes of an online game to life at a mall in Shanghai. Up to 4,000 people attended, and the event was broadcast on Bilibili. The goal was for millennials to "believe our brand is really talking to them, knows their feelings and thoughts and believes in their fantasies and what they believe in," said Mark Kong, group creative director for Amber Communications. "It was so unbelievable to them that a big company like Coca-Cola would do something like this, seriously, for them."

BBDO Proximity Shanghai and Master Kong, one of China's most popular dried noodle brands, just did a funny video mashing up some of China's most famous shows, from a Qing Dynasty costume drama to a Korean drama about an alien in love. The reveal that it's an ad comes at the end -- a twist that caught people off guard. Many joked on Bilibili that they were such "losers" for not seeing that coming.

Reckitt Benckiser's Durex posted several absurdist videos in which almost nothing happens, leaving space for funny comments. In one, a couple stands in front of a condom vending machine for three hours but never consummates the act. It got 20,000 comments, including: "In the time you waste watching this, you could use a whole box of Durex." 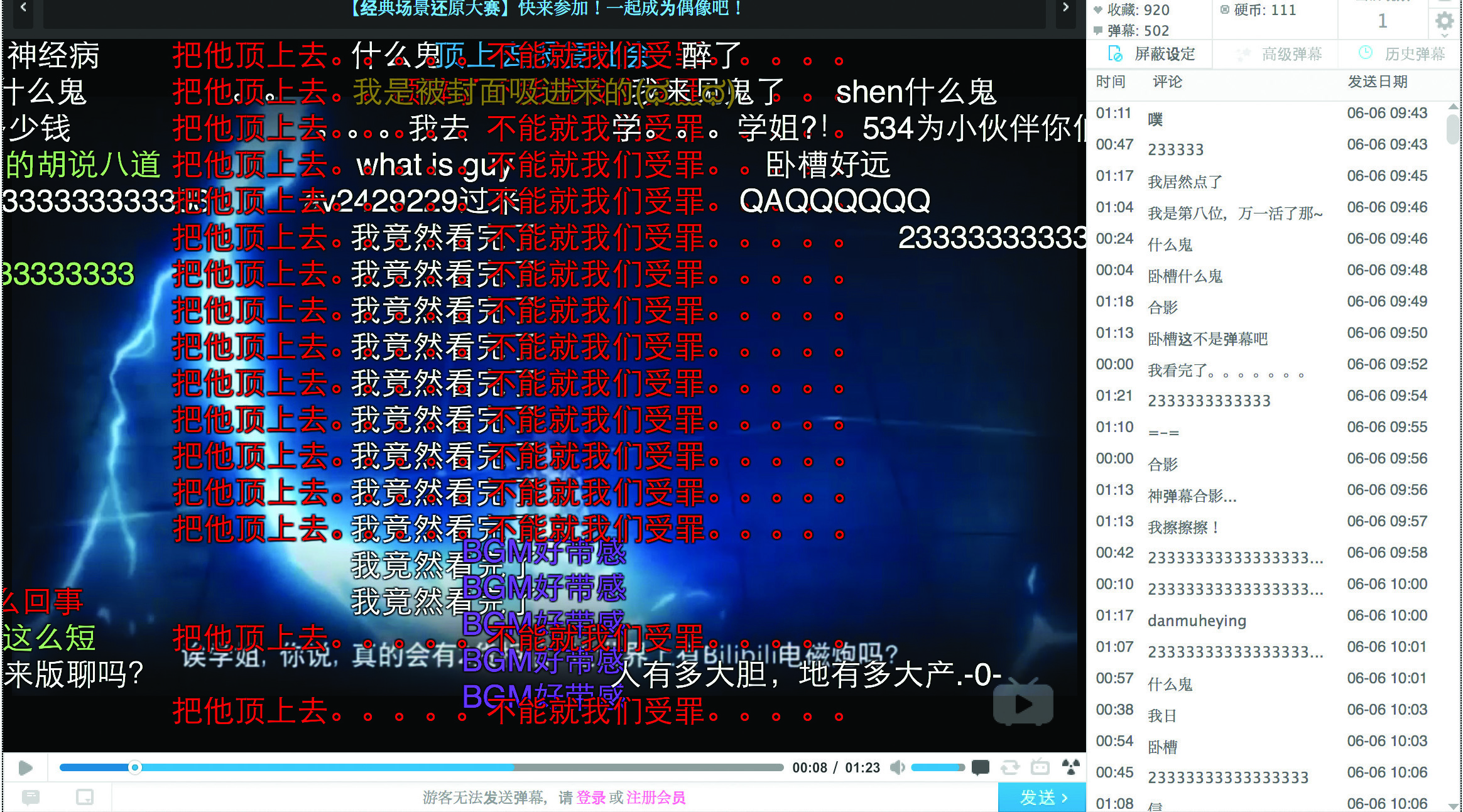 A company has to be adventurous to engage on a platform where people's comments get plastered onto their brand visuals. The English-language initials "WTF" are a recurring theme on branded video. A Coca-Cola water brand, Ice Dew Chun Yue, posted a quirky campaign video inspired by the platform's anime vibe; reactions ranged from positive to puzzled, and one commenter remarked that "the water doesn't taste good."

"You have to be very open-minded and accepting, not to focus on the positive or negative of what people say about you -- the key thing is they are talking about you," said Sharon Ho, business director of BBDO Proximity in Shanghai. "If you want to talk to this group of consumers, you cannot control them. If you want to stay in touch with them, let them express themselves. If there's a rule, it's that."

BBDO Proximity Shanghai just made a Bilibili video for Braun shavers featuring humorous, absurd man-on-the-street interviews. Silly humor can play well, and brand content should be tailored for the platform, where young people go to escape pressures from family, school and work.

"If what the brand creates is entertaining enough, the viewers will be very generous," Ms. Ho said. "But if you post something very serious and rigid, it might create some not-so-desirable responses."

Some ordinary commercials pop up too, perhaps posted by users. When someone put up a parody of an old Jackie Chan infomercial for a local shampoo in February, it got millions of social media mentions.

Bilibili is one of several online platforms in China using bullet screens; internet giants including Tencent and Letv have experimented with them. The fad has crossed over to movie theaters, where people can occasionally text their comments to the big screen.

Bilibili, founded in 2010, declined to discuss its business model. It has the logo of state-owned Shanghai Media Group on its home page, suggesting a partnership, but it hasn't explained that. There's not much apparent advertising on the site, and it has sought donations to buy video content.

The guidelines for brands using it are also unclear. BBDO says it didn't pay for media placement for its Braun video -- it simply uploaded it. Meanwhile, Coca-Cola's Ice Dew Chun Yue paid for a major placement on the site, according to agency Amber Communications. It also had extensive discussions with Bilibili content editors to ensure the branded message wouldn't disrupt user experience.

Bilibili viewers can get extra functionality by taking a test to show they are anime, tech- and pop culture-savvy and know the rules governing bad language and unwelcome content. Ying Mu, corporate branding associate director at Shanghai-based Labbrand, says the test bolsters "a sense of community -- why would you trash or ruin the experience for other people?" Ms. Mu, a Bilibili viewer herself, said that feeling of belonging makes the platform a friendlier place for brands than it might seem.

The community speaks its own language, as is common on China's internet. "2333333" is code for laughter. "High energy level ahead" is a catchphrase people type when they want to warn other viewers that something surprising is about to happen in a video.

Ms. Mu, in fact, saw that same phrase in a teaser ad in the Shanghai subway, for an iced-tea brand from food maker Uni-President -- a sign of how danmu is influencing ad culture offline, too.