For Foreign Brands in China, Another Worry: Their Price Tags | Ad Age
Skip to main content

For Foreign Brands in China, Another Worry: Their Price Tags

In China, the Government Is Taking Issue With How Much Foreign Products Cost
READ THIS NEXT
Dispatches from the panicked GDPR frontline 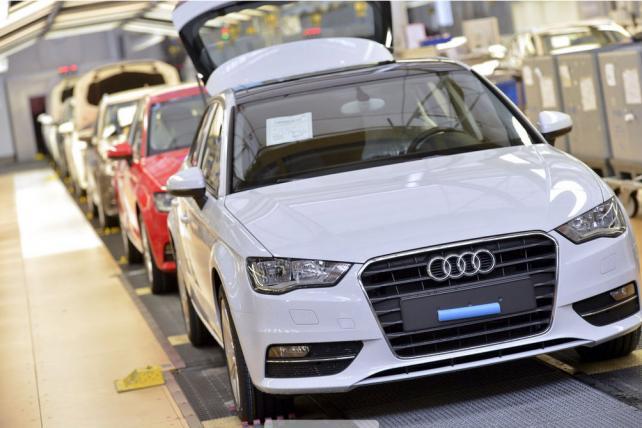 For over a year, the powers that be in China have been watching the prices charged by foreign high-end auto brands here. First, the country's state news service Xinhua asked why cars sold in China can cost two to three times what they go for overseas.

Then came a wave of probes into the prices of vehicles, spare parts and services, and last week, fines totaling nearly $46 million were announced for Audi and Chrysler amid accusations of pricing violations.

With the business climate shifting, Chrysler cut prices weeks ago on two Jeep Grand Cherokee models while Jaguar Land Rover also slashed prices on three models by a whopping $32,000 on average. Many foreign brands, including Mercedes, BMW and Lexus, have lowered prices for spare parts. (The major share of the China markup on foreign luxury cars and other prestige goods is from taxes and duties imposed by China, though observers say some brands have also shifted prices upward here to position themselves as even more upscale.)

As China gets more aggressive about enforcing its anti-monopoly law, how much foreign products cost is one issue under scrutiny. And coalitions of foreign business interests in China, both U.S. and European, are asking pointed questions about what it all means.

Will China use its anti-monopoly law "to protect domestic industry rather than promote fair competition?" the U.S.- China Business Council asked. And is it using the law "to force lower prices, rather than let the 'market play the decisive role,' as enshrined in the new leadership's economic reform program?"

The U.S. Chamber of Commerce, meanwhile, asked whether China's moves might be an infraction of World Trade Organization rules.

On the price-fixing front, fines have hit everyone from eyecare brands like Johnson & Johnson and Bausch & Lomb to infant formula makers including Mead Johnson, Abbott Laboratories and Danone. Chrysler and the Audi joint venture of FAW-Volkswagen were ordered to pay about $5.2 million in Shanghai and $40.5 million in the Hubei region respectively, the official Xinhua agency said. (Audi said it has been "optimizing the management processes in the sales and dealership structure"; Chrysler did not immediately respond to a request for comment.)

But it's not just being accused of price fixing that marketers have to fear. As part of a probe into Microsoft Corp., for instance, the company's offices have been raided, and Beijing says it is looking into how Microsoft packages its media player and browser together.

The regulators' comments came after the American Chamber of Commerce in China released a survey saying that 49% of respondents believe foreign companies are being singled out in pricing or anti-corruption investigations. A year ago, that figure was 40%. Overall, the survey said, executives at multinationals say China is becoming a less welcoming place to do business.

Western brands have long seen China as a land of opportunity for many reasons, including consumers' willingness to pay for premium products that confer prestige.

China's gross domestic product per capita is only $6,807. Yet when Deutsche Bank compared prices around the globe this year, researchers noted that "for a number of branded goods like Levi's jeans, Adidas shoes and iPhones, we found (China) to be more expensive than the United States."

A stroll through the mall confirms the sticker shock. In one striking example, a men's leather commuter bag from Coach that costs $598 before state and local sales tax in the U.S. sells for $1,052 in China (taxes included.)

The anti-corruption campaign the Chinese government has been waging for the last year and a half has hit many luxury companies heavily in China, and some have started quietly offering discounts, consumers and analysts say.

But there's a bigger issue: To avoid taxes and markups on luxury goods, consumers increasingly head to Hong Kong, the U.S. or Europe to shop. Exane BNP Paribas says the Chinese spend more than two-thirds of their luxury goods dollars outside the mainland. There's an entire industry in China involving buying products abroad and bringing them back to China to sell.

Of course, consumers can't bring a luxury car back in a suitcase. And in a way, having to pay more for it "actually elevates the status of that vehicle," said James Button, director of consumer and retail at SmithStreet, a Shanghai-based strategy consultancy.

And while focusing on the price of a staple like baby formula can be seen as protecting the ordinary consumer, "it's hard to make that argument about [a] BMW," he added.

Mr. Button said he suspects that enforcement of the anti-monopoly law is not a broad crackdown on foreign companies, but a tool China is using to achieve multiple objectives.

By singling out Microsoft, the government might be signaling its commitment for China to develop its own operating system. And targeting foreign luxury brands might tie into the anti-corruption crackdown – another sign that China's leaders don't want government officials driving around in pricey black Audis anymore.