China's BlueFocus Communications Group reported 63% growth in net profit to $115 million in 2014 as the ambitious former PR group accelerates its international growth and expansion into digital. Revenue grew by 67% to $965 million. 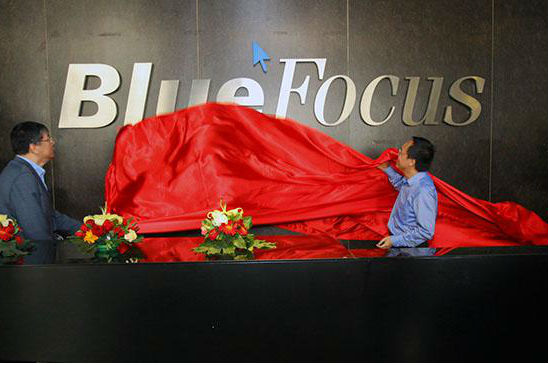 Last year BlueFocus was included for the first time in the Ad Age DataCenter's World's 50 Largest Agency Companies ranking. The Beijing-based company was No. 17, but had no revenue from North America.

Since then, the company has shifted its focus to North America, after investing in London-based digital agency We Are Social and PR group Huntsworth. In July, BlueFocus hired its first international president, Holly Zheng, to speed up international growth. Ms. Zheng, a Chinese-born former semiconductor industry executive, is based in San Francisco. BlueFocus took majority stakes in U.S. design firm Fuseproject and Canada's media and communications group Vision7.

"BlueFocus has become the only Chinese player capable of providing marketing services to support Chinese companies globally," the company said in a statement.

The company is forecasting that international operations, which accounted for 7% of revenue in 2014, will grow to 20% this year. Overall, BlueFocus said it expects to grow revenue to $1.6 billion in 2015, up from $965 million.

BlueFocus reported several other milestones. In 2014 digital revenue overtook traditional for the first time, accounting for 54.7% of the total. And the company set up a Mobile Internet Business Group in late 2014.