Why China's Distinctive Creative Aesthetic Has Been Slow to Peak

Third-Largest Ad Market Shows Promise, but Timetable on Impact Is Anyone's Guess
READ THIS NEXT
Dispatches from the panicked GDPR frontline

When Burberry opened its new Asia flagship store this spring, the British fashion house brought April showers to Beijing, making man-made rain fall on a parade of holographic models mixed in with half a dozen flesh-and-blood ones strutting on a sound stage at Beijing Television. British rock band Keane performed, and in addition to the live audience of 900 the event was broadcast online and in Burberry stores around the globe. 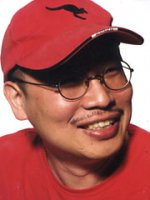 The fact that Burberry chose the Chinese capital, and not London or New York, to host a globally buzz-worthy event, is evidence of the creative energy that is focused on the country right now. But the company is mum on what kind of local partners it worked with, and it seems unlikely that the concept was developed in Beijing.

The world's third-largest advertising market, according to recent research from MagnaGlobal that also projects 18.8% growth in 2011, China certainly has the world's attention. But with just a couple of decades in existence, it still takes its creative cues from expats and work designed in other markets. China finds itself in the advertising spotlight without a distinctive local aesthetic to call its own, unlike some of its neighbors.

"I've worked in Japan, where you find a wonderfully minimalist aesthetic," said Doug Schiff, executive creative director at OgilvyOne Beijing. I've also lived in Singapore and there you find an artful blend of British and Asian. In China, the special unique quality is still very much developing."

Mr. Schiff and other ad-industry expats agree that China will become a creative force that makes its own contribution to the global advertising world, but don't expect a big breakthrough this year.

"First you copy and then you try to make it your own and then you sort of trailblaze," said Robb Spitzer, the Shanghai-based China managing director for production company Radical Media, describing the state of Chinese creative. "We're not at the trailblazing stage yet, but we're definitely past the copying stage."

TALENT CRUNCH
With the high demand for big campaigns, creative directors often have a hard time just finding enough local talent to execute, let alone innovate. China still lacks the education pipeline that more-developed markets have. The One Club is active in China, having put on workshops there for more than a decade, but there are still no top-notch local institutions.

A huge T-shirt installation was built to push Ariel laundry detergent in China.

"The local homegrown creative talent hasn't been exposed to a lot of the perspectives and styles that we have," said Arthur Tsang, Guangzhou-based executive creative director for BBDO.

Even with the right talent in place, pushing the envelope creatively can be a challenge in China, where brands tend to be cautious. "TV is very restrictive," said Edmund Choe, co-president and head of creative for TBWA/Greater China. "Some clients show you what to run." Censorship might be one reason for this, but Ogilvy's Mr. Schiff doesn't think it has a huge impact. "If you looked at most of the great work in the world it would pass the Chinese censors," he said.

Clients are often wise to ask agencies to keep it simple, said Michael Dee, chief creative officer for DDB Greater China, as the most-clever jokes often do not resonate in different cities. "You can't compare Beijing's consumer with Kunming's consumer," he said. "Their taste is quite different. So for a lot of commercials we need to deliver the message very clearly." 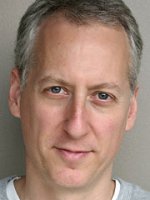 OUTSIDE IS IN
"If you think about a discipline where China can make its mark, it would be outdoor," said Mr. Schiff. "Japan excels at interactive, Singapore is known for print and Thailand TV. In China, most of the award-winning work has been in outdoor." He said the relatively low cost of outdoor campaigns makes it easier to experiment.

Mr. Choe agreed: "For installations and events we tend to be allowed to be more creative. It's less of their budget and it's not their main plan so we have more freedom." For a recent campaign that he worked on for Ariel laundry detergent, his team (at Saatchi and Saatchi, where he worked until this spring) put together a road show with an eight-story-tall T-shirt. Consumers could use Nintendo Wii nunchuks repackaged to look like condiment bottles to virtually dirty the T-shirt, and another set modeled on the Ariel container to clean it up.

Events and installations can easily run afoul of law enforcement, though, said Adam J. Schokora, founder and CEO of Shanghai-based creative agency NeochaEdge. "We've proposed all sorts of very cool interruptive/interactive stuff, and it always gets turned down because of concerns about getting in trouble with the authorities," he said.

LOOKING BACK TO MOVE FORWARD
China may have some maturing to do, but a few common themes are starting to emerge. "Some interesting trends we are seeing among the Chinese creative community in general are neo-traditionalism, nostalgia/retro, and a yearning for childhood," Mr. Schokora said, noting that what those have in common is a preoccupation with history. "As forward-looking as China is , creative inspiration is still coming from its rich past and robust heritage."

STORYTELLERS
Another trend emerging in China's TV ads is a preference for storytelling. One of the most talked-about ads this year is a TV spot for Tencent's QQ instant-messaging service. In it, a college student talks about leaving his family to go study overseas. Over the course of the ad, he moves from teenage annoyance with his mother, to homesickness, to happiness when she overcomes her Luddite tendencies to create a QQ account so she can talk to him. 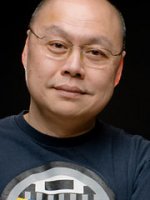 It's that kind of story -- with a clear morality and celebration of common values -- that Mr. Tsang said has been successful recently. "For BBDO the past couple of years, it's been the storytelling advertisements that are taking off," he said, adding that an upcoming campaign he worked on for Extra gum relies heavily on narrative.

MASHED-UP MARKET
With China's creative industry coming of age in an era of instantaneous global communication, the very idea of a "national" aesthetic might be a bit outdated. "To develop a distinctive style requires isolation, and ideas are so freely exchanged today," said Mr. Spitzer. "With the internet, when you make something and all of a sudden the world is watching it the next day, it takes away the nationalistic boundaries."

Mr. Schokora agreed that geography is less relevant now. "Those building the creative scene here have too many inputs that are not necessarily "Chinese.' With the web, there is a firehouse of content coming at them that knows no cultural or style bounds," he said.

Any recognizable aesthetic that develops in China will be a product of the cultural melange in China's advertising industry today, predicted Mr. Dee. "A lot of countries' good talent are here because there are opportunities to work on big campaigns," he said. "They all have very different angles of developing a creative idea. All of the good ideas are always a mashup."

Wherever they come from, creative directors working here seem to agree that China will have an impact on the creative side of advertising, but when is anyone's guess.

Maggie Rauch
View all articles by this author