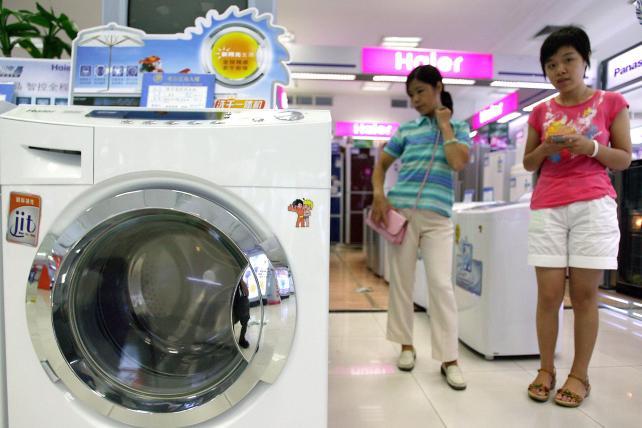 China is the world's second-largest economy and a manufacturing powerhouse, but its companies struggle with brand-building. The country's leadership wants to change that, and the State Council, or cabinet, has proclaimed that every May 10 from now on will be known as "Chinese Brands Day."

Chinese Brands Day isn't really an event or a festival. It's more of a message to companies that the government wants Chinese companies to focus on branding, said Jay Milliken, senior partner and head of Asia at brand and marketing consultancy Prophet.

"I don't expect there to be a celebration, with cards and flowers or any of those sorts of things," Milliken joked. "In year one, it's really a message."

China is trying to build its influence internationally, and having admired, well-recognized brands plays a role in that. There are only two Chinese companies on Interbrand's list of the best global brands, Huawei (No. 72) and PC maker Lenovo (No. 99.)

One of China's goals is to change the connotations of "Made in China." The country has tech giant Huawei, which gets most of its revenues from outside China and whose smartphones are gaining ground in Europe and other foreign markets. It has several powerful internet companies, like e-commerce powerhouse Alibaba Group and Tencent, creator of the WeChat messaging app.

But generally Chinese companies -- especially state-owned enterprises – lagged on the branding front as they rode years of fast growth in China. To go global, some of China's biggest companies have taken a shortcut by buying foreign brands. Lenovo acquired IBM's PC business in 2005, while Chinese manufacturer Haier purchased GE's appliance unit in 2016.

Milliken thinks the timing of the event is linked to one of China's signature projects. Starting Sunday President Xi Jinping will host global leaders at an event called the Belt and Road Forum. It's China's infrastructure master plan to link China to the rest of Asia, as well as Europe and Africa – a kind of modern-day Silk Road. It's also a way for China to signal its own aspirations to be a leader on globalization, at a time when some other big powers are looking inward.

The first-ever Chinese Brands Day was heavily promoted in Chinese state-owned media but didn't generate significant buzz otherwise. Several Chinese agency execs weren't even aware of it. Brands big and small did social media posts about it. Haier offered people a chance to win a kids' robot, while Midea, another appliance brand, wrote, "We believe Chinese national brands can make the world more beautiful." A dental clinic in the southeastern city of Xiamen even tried to get in on the holiday, proclaiming that it would "let the world see China's self-confident smile."