Chinese Don't Trust Food Made In China Either, Seek Baby Formula From Abroad

Afraid Of Their Own Food, Shoppers Empty Store Shelves As Far Away As Holland
READ THIS NEXT
Dispatches from the panicked GDPR frontline 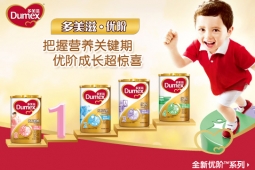 But the latest scandal involving infant formula is taking this trend to extremes: Parents not only want foreign infant formula brands, but trust them only if purchased outside of China. That concern is impacting sales in markets as far away as Europe as Chinese visitors empty store shelves. Closer to home, Hong Kong is cracking down on infant formula smugglers.

Shopping overseas for products to consume in China "is not stable, not something that can meet everyone's request on a timely basis," said Allen Wang, CEO and co-founder of Beijing-based Babytree.com, the world's biggest parenting website with 55 million unique monthly visitors.

"People are actively seeking information. This is where smart and timely messaging and communication from the product makers can actually play a role to give people more confidence, or due to their lack of communication send people down the path of less trust," said Mr. Wang, formerly a P&G executive and Google's CMO in Asia.

Infant formula is a sore point in China's struggles with substandard, fake and dangerous consumer products. In 2008, six babies died and 300,000 sickened after drinking formula spiked with an industrial chemical to fool laboratory tests for protein content.

It wasn't the country's first product safety scandal but the egregiousness of the crime led to wide public discussion for the first time. Still, product safety scandals remain sadly common in China, with instances of cooking oil recycled from restaurant gutters, vegetables grown in industrial wastewater, fake medicine that causes more harm than good. Pigs are fed so many antibiotics that some people who are allergic to penicillin must avoid eating pork in China.

Since the Hero case came to light in March, Chinese are leaning on friends or family traveling overseas to bring back formula, or purchasing it online from Chinese living abroad who are turning a tidy profit as small-scale distributors.

Retailers in countries like Australia, the U.K. and Holland have set limits on the amount of infant formula each shopper can buy, after shelves were cleared by Chinese. The Chinese territory of Hong Kong, where prices are lower and products perceived to be higher quality, has instituted border checks to clamp down on baby formula smuggling. Each person crossing into the Chinese mainland is allowed no more than two cans of formula each.

Danone's Dumex is the leading formula brand in China with 15% market share, and Mr. Wang praised the company's communications efforts.

Although Dumex formula is packaged in Shanghai and contains local ingredients, the company has been open about its operations and explained to consumers through social media and Babytree.com that its Chinese factory has even higher quality standards than its European factories, Mr. Wang said. At its Chinese call center, more than 300 operators answer customer queries.

As a major formula brand in Europe, Dumex is aware of the increased demand, the company's China office said in a statement. It's working with retail partners in those markets to monitor demand on a daily basis. Dumex declined to comment on its marketing efforts in China. Other top formula producers in China include Mead Johnson, which makes Enfamil, and Nestle's Wyeth brand.

The battle for market share is fierce. Unlike Western markets where there are only two or three major infant formula brands, in China, "there's ten or 15 brands competing for attention. Everyone knows it's a huge opportunity and everyone is trying to get in," Mr. Wang said.