This $30M U.K. Deal and a Team of Acquisition Specialists Signal Global Ambitions
READ THIS NEXT
Dispatches from the panicked GDPR frontline

We Are Social founders Robin Grant and Nathan McDonald

We Are Social, which claims to be the world's largest specialist social media agency network with revenue of $57 million this year, is selling an 82.8% interest in the business. The founders, Robin Grant and Nathan McDonald, will stay on and drive expansion into new territory, expected to begin with China.

"When we set out to find a partner, this wasn't the answer I was expecting," said Mr. Grant. "We were wary of the perceived cultural differences, but from day one we developed an empathy with BlueFocus that we have built on over the last year.

"We want to go out there and change things, to put social at the heart of marketing. Two years ago we knew we'd need a partner to help us achieve scale and we investigated all the routes – financing and western groups. We want to continue growing and we were looking for a partner who wanted to get out there and change the world, not just someone who needed us to deal with their lack of skill sets. [BlueFocus] believed in us."

BlueFocus has publicly stated its ambition to grow to ten times its current size in the next ten years and is unlikely to stop at this acquisition. The Chinese group's first deal outside China was in April 2013, when BlueFocus paid $60 million for a 20% stake in Huntsworth Group, a London-based PR specialist with international operations.

"The intention is that we will be BlueFocus' primary digital brand outside China," Mr. Grant said. "Our global clients want to put social at the heart of everything -- we have the skills to become the lead agency… we want this to be scary for our competitors. But I don't think [BlueFocus] will stop here and it would be churlish to claim that we can fulfill all their ambitions on our own."

Jim Houghton, a partner at M&A specialists Results International, who advised We Are Social on the deal, predicted that BlueFocus will continue to be acquisitive in the west. He said, "They have recruited a team of acquisition specialists -- many of whom are North American MBA graduates -- that rivals anything Omnicom or WPP has to offer." 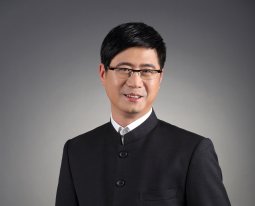 Mr. Houghton predicted that BlueFocus would continue with similar-sized deals, creating a global holding company with a series of acquisitions rather than pursuing bigger targets like Interpublic Group of Cos. "It's all about building the personal relationships. [CEO] Oscar [Zhao] has bought into Robin and Nathan," Mr. Houghton said.

Beijing-based BlueFocus started in 1996 as a PR consultancy, and since then its growth rate has tracked that of the Chinese economy. Digital accounts for 50% of revenue. Steady organic growth has been boosted by Chinese acquisitions, and last year revenues were up more than 70%, helping to fund an impressive new BlueFocus head office in Beijing. This year, for instance, BlueFocus bought Bojie Media, a media agency for China's film and TV industry.

In its first move outside China, BlueFocus acquired a 40% stake in a Singapore-based financial pr agency in 2011.

More than half of the 2,800 BlueFocus staffers now work outside PR in digital, advertising and experiential marketing, on clients including Pepsi, Procter & Gamble's Pampers, L'Oreal, Diageo, GM, Shell, Johnson & Johnson, and Fiat, as well as a raft of Chinese package goods, automotive and financial brands, some of which will likely expand into the west one day.

We Are Social's clients include Heinz, Kimberly-Clark, Mondelez, Heineken, eBay and Intel. The agency already shares three clients with BlueFocus: Cisco, Jaguar Land Rover, and Lenovo. Lenovo was BlueFocus' founding client and played an important part in breaking the ice between the two companies, but they have not yet worked together on any projects.

We Are Social's U.K. efforts this year have ranged from encouraging 30,000 U.K. families to grow tomatoes, to give children a better sense of where Heinz tomato products come from, to creating the Wimbledon Wiggle for Evian, a sponsor of the Wimbledon tennis tournament.

Mr. Grant said he hopes that the deal will bring We Are Social "Unparalleled insight into the Chinese market – you can't ignore China when you are creating global strategies and global campaigns." He would not disclose the terms of the deal, but said that he and Mr. McDonald are in it for the long term. "The commitment for us is to be around for a long period of time. This is about the next decade, not the next few years."

The deal is subject to regulatory approval by Chinese authorities, expected in the next three months. BlueFocus, which is listed on the Shenzhen Stock Exchange, will pay an initial $30 million, followed by performance-based bonuses over the next three years.

In a statement, Mr. Zhao said, "We Are Social provides the perfect platform for us to expand our digital operations outside China. We Are Social has been exceptionally successful over the last five years, and we're confident that with our support, they can go on to do even bigger and better things."