From Cincy to Singapore: Why P&G, Others Are Moving Key HQs | Ad Age
Skip to main content
Sign In Register

From Cincy to Singapore: Why P&G, Others Are Moving Key HQs

While Corporate Hubs Stay Put in West, More Marketers Are Relocating Major Divisions to Capitalize on Fast-Growing Regions
READ THIS NEXT
Dispatches from the panicked GDPR frontline

Call it the post-colonial era of marketing.

After years of ruling their global empires from headquarters in the U.S. or Western Europe, companies increasingly are relocating headquarters and top marketers for key brands outside their home borders, often to faster-growing developing markets. And while expatriate executives often run these operations, many of them are putting an emphasis on drawing marketing talent from overseas markets as well.

Take Procter & Gamble Co., which this year has moved the top general and marketing executives for brands representing nearly half its global sales to offices outside the U.S.

Global headquarters for P&G's detergent brand moved to Switzerland, while beauty and baby care shifted from Cincinnati to Singapore. 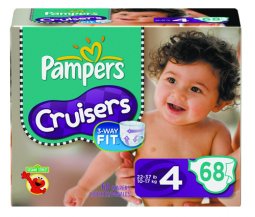 While the Geneva shift had more to do with the preferences of new Group President-Fabric Care Giovanni Ciserani, the moves to Singapore were motivated by a need for P&G brands to be closer to the growing number of consumers in Asia, said spokesman Paul Fox. He stressed that this doesn't mean Singapore saw a huge influx of personnel from Cincinnati headquarters -- only about 20 in the case of each unit, albeit 20 highly compensated and influential executives.

P&G isn't the only company making such moves.

"We have important management centers for our brands both in Paris and New York, but we're seeing more and more marketing teams organized and growing in China, Brazil, Japan [and] India," said Marc Menesguen, managing director-strategic marketing at L'Oreal. "We see that bringing amazing innovation power into the whole process."

Mr. Menesguen, appointed in 2010, was charged both with spreading best practices from around the world more broadly throughout L'Oreal and preparing the company for a digital marketing future. As he sees it, having more marketers outside the company's traditional developed-market hubs helps with both goals.

"The billion additional consumers [L'Oreal hopes to reach in 10 years] will be digital natives," he said. "We know it."

Many marketers have long had key business units headquartered outside their home bases. Unilever, for example, bases its ice cream business in Rome and Lipton tea in Paris rather than at corporate headquarters in London, a spokesman said. But Singapore has become a location for a growing number of Unilever executives; in fact, the company now has more people based there than it does in London.

An executive of one packaged-goods company referred to Singapore's nickname, "Asia Lite," noting that the city-state has a heavily Western-influenced culture and lifestyle that makes it an easier sell for U.S. or European executives, particularly those with families.

While Singapore works as an Asian headquarters, most U.S.- or Europe-based multinationals are placing their China headquarters in China. P&G has long operated its Chinese business from Guangzhou, but Shanghai is becoming the headquarters of choice for marketers serving China, said Marc de Swaan Arons, a veteran of Unilever and now chairman of the consultancy Effective Brands.

Jiri Kulik, senior VP of Reckitt Benckiser's Latin America operations, noted that RB is focused on putting marketers in key countries within the regions—such as moving headquarters for China from Singapore to Shanghai. While he initially ran Latin America from Miami, he's relocating RB's Latin America headquarters to Sao Paulo.

"It's very nice living in Singapore," he said, "but you are not close enough to the Chinese consumer." By the same measure, he said, "I really struggle being in Miami and being in America trying to sell to a Brazilian consumer. This is the fundamental reason we decided to make this change."

Another good reason for such moves is to reflect the changing global population. "We are staffing up people in the developing markets and moving much more talent from the developed to the developing geographies," Mr. Kulik said.

RB's annual report noted, "Currently we have 36creative' class='directory_entry' title='Ad Age LookBook '>36 % of our management focused on the 6 billion consumers in emerging markets, versus 64% focused on the 0.9 billion consumers in developed markets. This will shift significantly and we have located our leadership of these areas in the respective market, effective Jan. 1, 2012, so that we can be even more responsive to consumer and customer needs and faster in execution."

Johnson & Johnson has even moved the global headquarters of its baby-care business from the U.S. to Shanghai, partly because that 's where Cindy Lau, the executive who was named to run it last year, lives.

"We are at a turning point, which I call post-colonialism in marketing," said Mr. de Swaan Arons.

One reason is that the quality of marketers available from developing markets "has improved so dramatically over the past two decades," he said, while companies also have ramped up global marketing training programs. Those make the university training that young marketers receive elsewhere less relevant.

Next up: agencies. The accelerating relocation of marketers to far-flung outposts is raising pressure on shops to move offices and staff to join them, said former P&G global marketing officer, now consultant, Jim Stengel.