City Spotlight: Why Bogota Is Booming

As Colombia Seeks Peace, This Regional Hub Has Plenty of Marketing-Related Battles
READ THIS NEXT
Dispatches from the panicked GDPR frontline 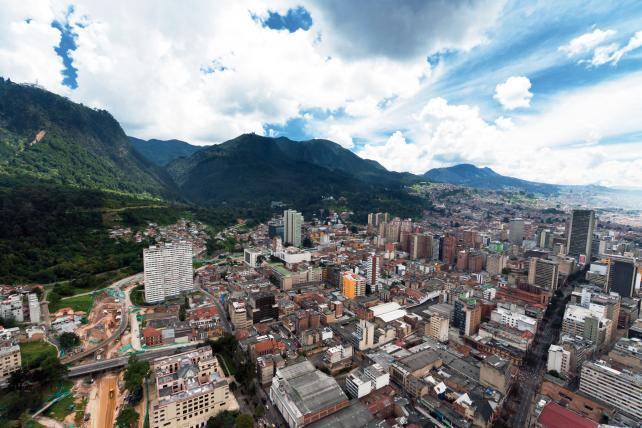 As a hub, Colombia benefits from its location in the middle of Latin America and a relatively stable business environment.
Credit: iStock

The Netflix drama series "Narcos" that debuted last month in the U.S. depicts Colombia's 1980s drug cartels and notorious kingpin Pablo Escobar. That's a world away from today's Colombia, where Bogota is becoming a thriving regional hub for advertising and marketing.

Unilever, for instance, does work for the Andean region and Central America from Bogota, and Twitter's team for Spanish-speaking Latin America, excluding Portuguese-language Brazil, has been based in Colombia's capital for the last year. At Leo Burnett, Bogota-based Olga Lucia Villegas is CEO for both Colombia and Latin America.

As a hub, Colombia benefits from its location in the middle of Latin America and a relatively stable business environment, although the growth of the last few years is slowing and the value of Colombia's peso has dropped by 50% over the last year.

Mr. Sokoloff's dedication to government campaigns that seek to end the country's incessant guerrilla warfare has also captured top creative prizes, including a Cannes Lions Grand Prix for "Rivers of Light," aimed at persuading weary fighters to defect from jungle-based rebel group FARC. As peace talks progress in Havana between the Colombian government and the weakened FARC, that communications effort will evolve.

"Whole generations have never lived in a country that's at peace," Mr. Sokoloff said. "We have to let people understand what that's like. If people don't believe in peace, you can sign any treaty and nothing will happen."

With a tumultuous history that includes seven civil wars, "If people want something in Colombia, it's peace," said Juan Carlos Ortiz, Miami-based president, DDB Latina & creative chairman Americas. "The big question is how to get there."

Bogota is as safe today as most big cities, unlike years ago when business visitors kept their schedules secret to avoid kidnappings, and one U.S. agency veteran recalls being warned by his boss. "We don't pay ransom," the exec was told before his first trip to Colombia. Locals still recommend calling cabs rather than hailing them on the street, and that precaution is a boon for fast-growing Uber.

The city of eight million people is a grid, with "carreras' running from west to east starting at the mountain that dominates urban Bogota, and "calles" running north-south. So Lowe SSP3, at Carrera 9, is nine streets west of the mountain. Bogota has no seasons, with the same mix year-round of warm days and chilly nights, and everyone carries an umbrella.

DDB's Mr. Ortiz, who is from Bogota, said that for many agency networks in Latin America, Colombia now ranks third in revenue after Brazil and Mexico.

In Colombia, the biggest ad agencies are Sancho BBDO, McCann Erickson and DDB, and the No. 1 media shop is IPG Mediabrands, according to a ranking by local trade publication P&M. Local agencies include Aguayo Publicidad, Harold Zea & Asociados and TXT. Harold Zea, a shop to watch, hired three senior creative directors last September from McCann Erickson to overhaul creative and ramp up new business. Jhon Meza (that's Colombian spelling for "John"), general creative director and one of the new arrivals, said they've already grown the creative department from 8 to more than 18.

See the slideshow below: 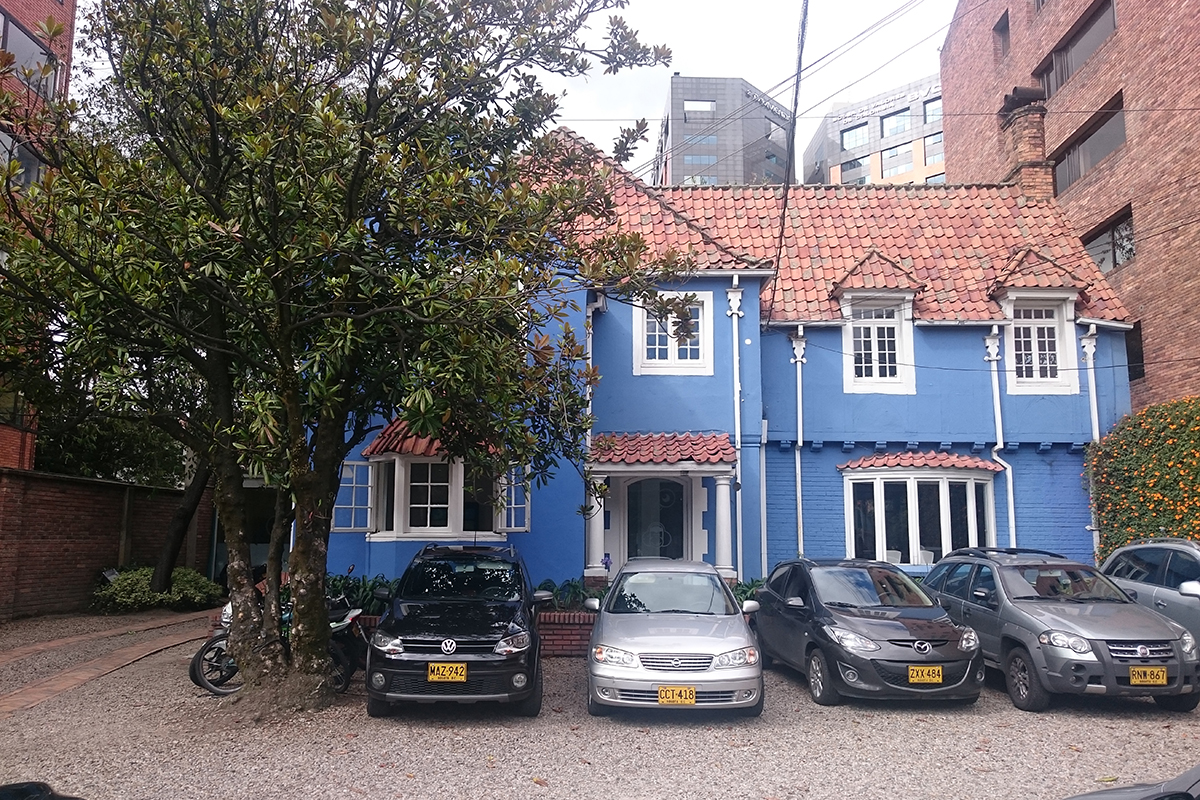 The outside of independent Bogota agency Harold Zea y Asociados, where behind the facade of a traditional house, the growing group of companies keeps adding more indoor/outdoor space. Photo credit: Jhon Meza. 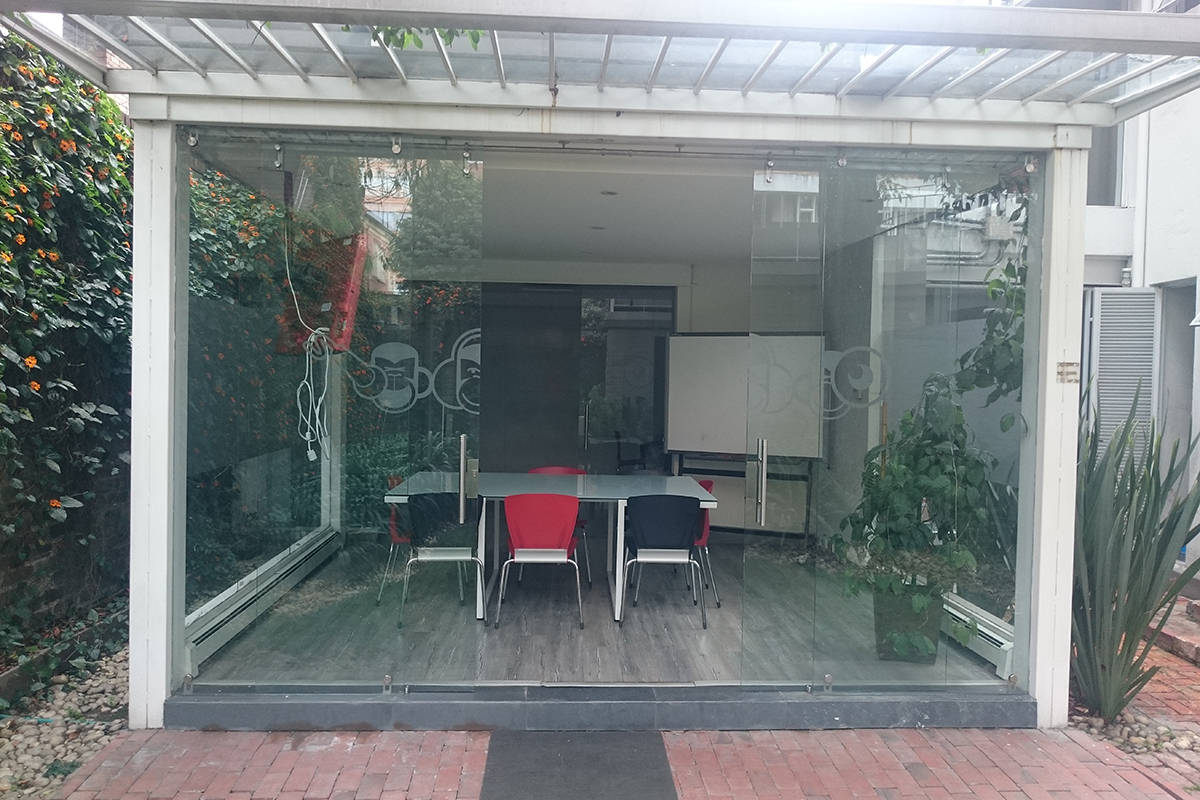 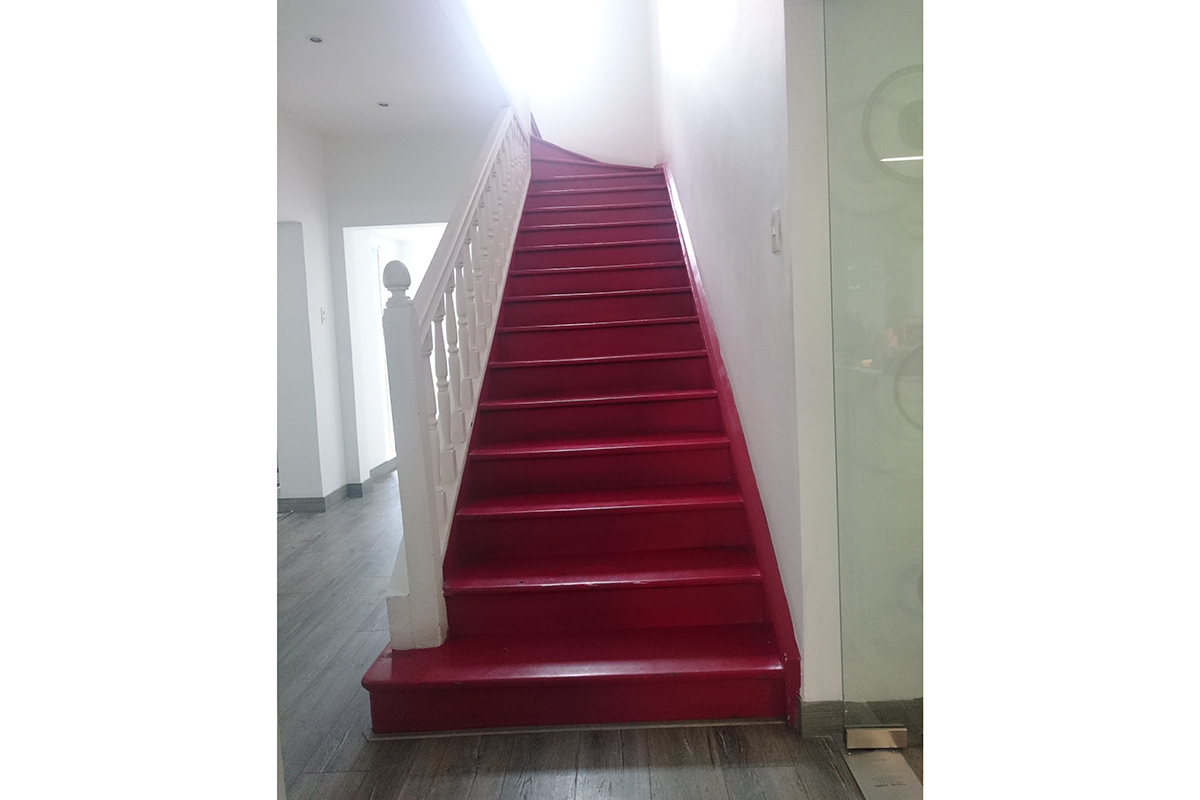 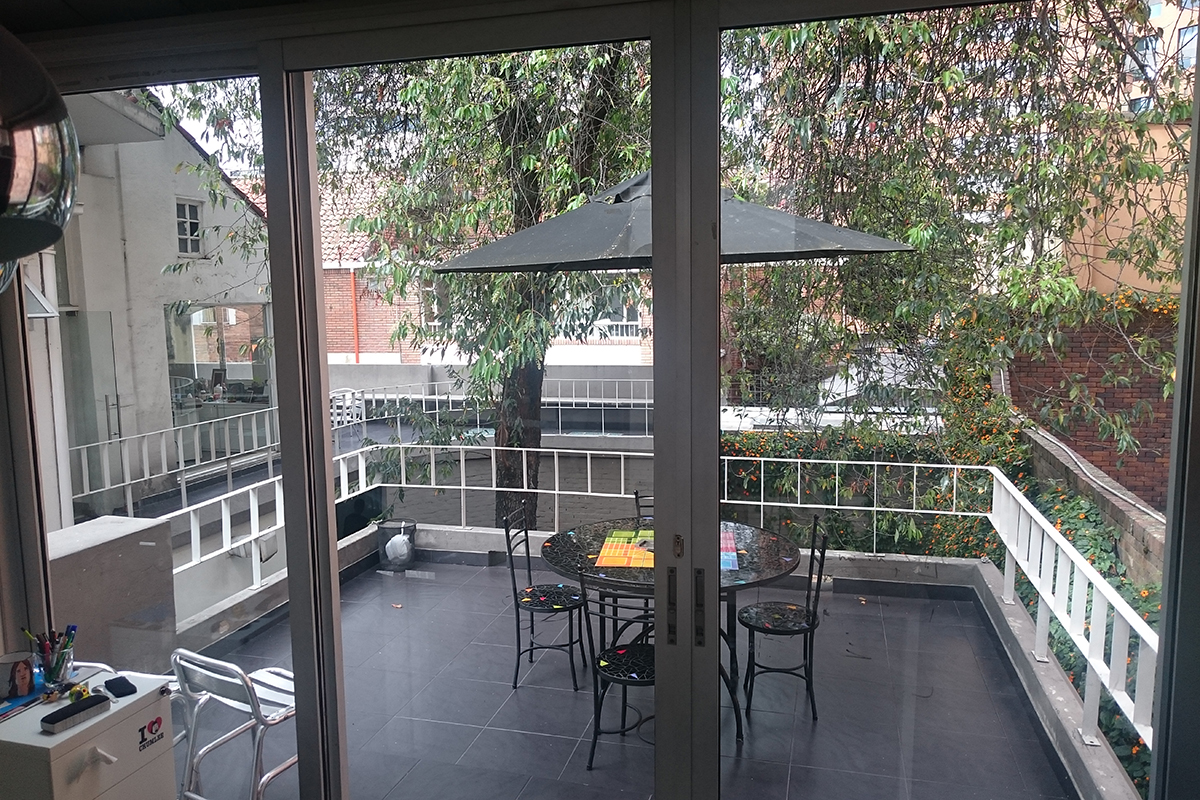 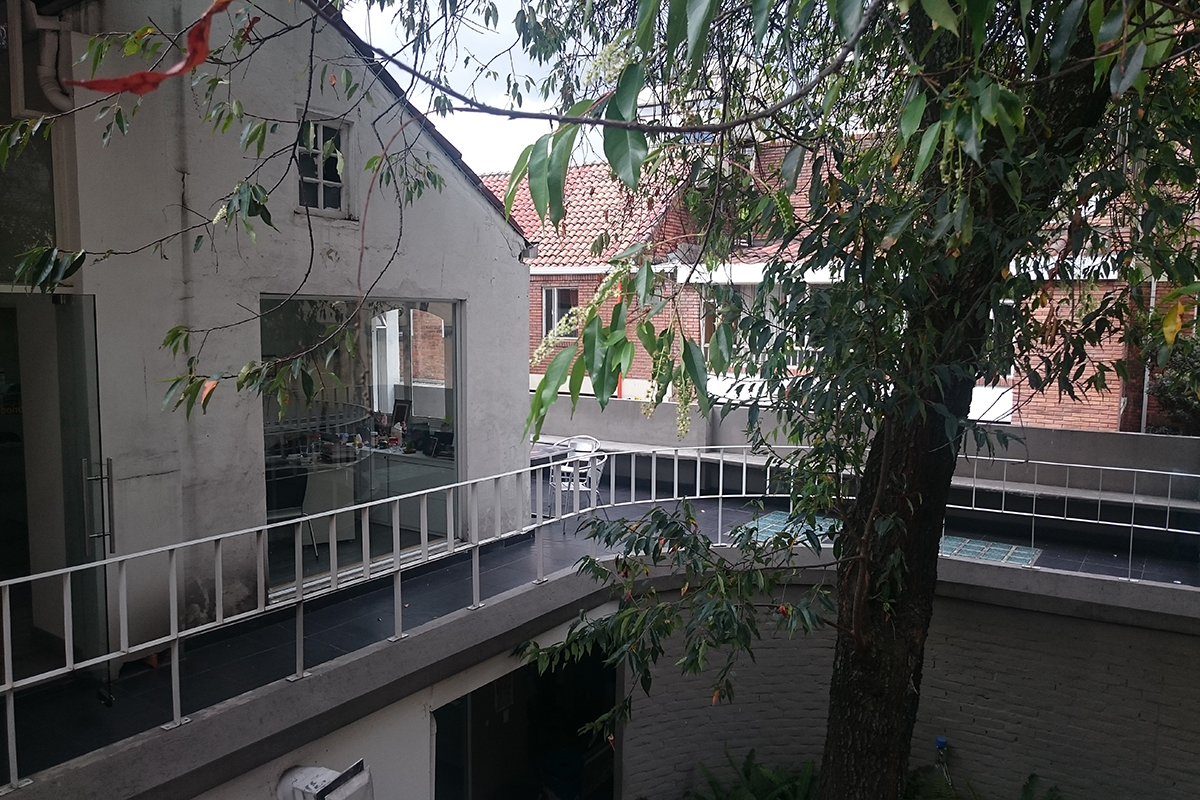 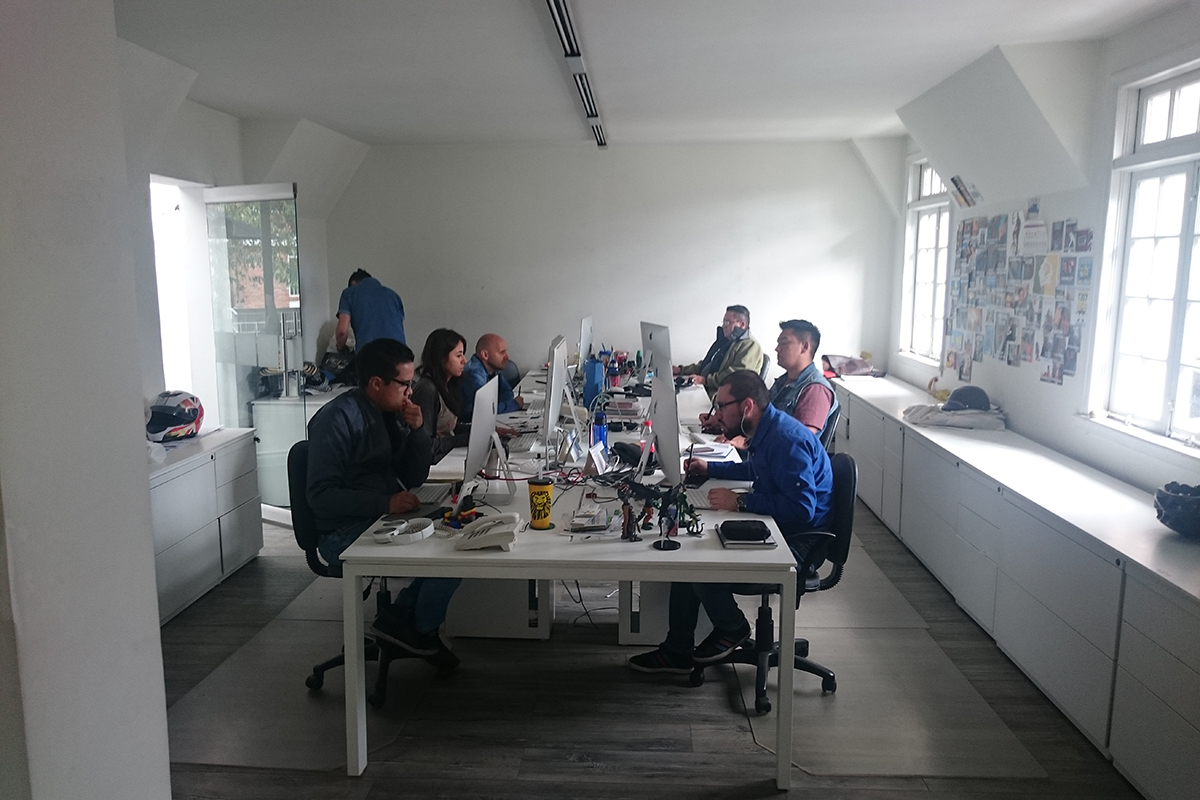 The dominant media companies in Colombia are Caracol Television and RCN Television, followed by Casa Editorial El Tiempo, publisher of the area's biggest daily El Tiempo, according to a P&M ranking.. 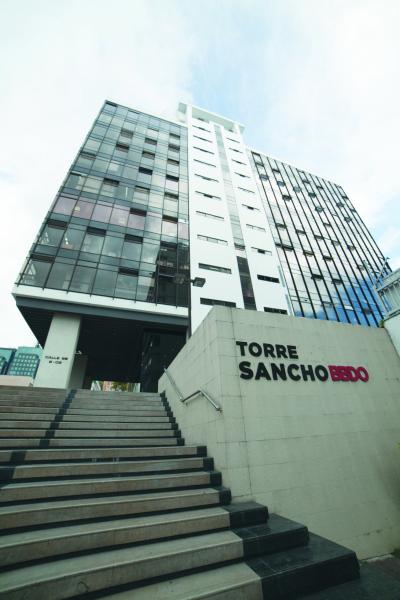 Colombia's largest agency is also the oldest, founded in 1936 by the grandfather of Carlos Felipe Arango, who became the agency's third president a few years ago, after his grandfather and his uncle, who held the job for 50 years. With 980 staffers and seven companies, Sancho BBDO has an 18% share of Colombia's ad market, Mr. Arango said. Named after Don Quixote's faithful companion Sancho Panza, the agency similarly accompanies marketers on their journeys; the average client has been there for 20 years. The agency's hallmarks are customer service and strategy. The reward: more effectiveness prizes than any other agency in the world. In fact, Colombia is the third biggest Effie-award entrant after the U.S. and India. "This is Effie land," Mr. Arango said.

It's also social media land. Half the population of 44 million is on Facebook, which hired its first Colombia country head last year. Facebook handles Latin American customer service from Colombia because, it says, friendly locals have good people skills.

Some of Colombia's biggest brands are little-known outside the country. Favorite soft drinks include fruit-flavored Postobon and Colombiana. The largest retail chain Exito is diversifying so much that half its sales are from non-retail areas like travel and insurance. Exito's first feature film "Magia Salvaje" ("Savage Magic") premiered in early September.

The smartphone market is heating up too, after a recent Colombian law banned two-year smartphone contracts that include the phone, for taking advantage of customers who might not realize how much they were paying for their device. Now, they have two separate monthly bills.

Looking ahead, Colombia won't lack marketing battles. Besides the smartphone shakeup, soft drink giant Postobon is teaming up with a local beer marketer to enter that SABMiller-dominated category, and automakers are trying to chip away at the lead held by Chevrolet, by far Colombia's most popular car.