For Coca-Cola, teens are it.

A year ago, the beverage giant unveiled its 2020 Vision, which calls for the company to more than double system revenue to $200 billion, as well as servings to more than 3 billion per day by the year 2020. To accomplish that, the company will need to attract teens -- lots of them. 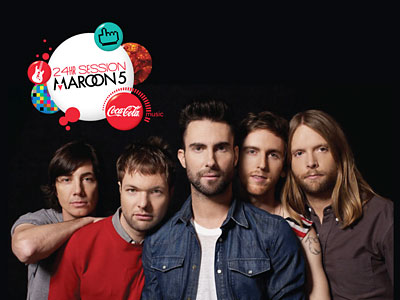 "There's a strategic clarity of growth objectives driven by the 2020 Vision," said Shay Drohan, senior VP-sparkling brands. "We can't afford not to talk to teens. You can't think, 'Teens already know us,' and skip a couple of years. Every six years there's a new population of teens in the world."

To that end, Coca-Cola is readying its largest teen-focused campaign to date, Coca-Cola Music. Given the rapid growth of the teen market globally, Coca-Cola plans to take the campaign to more than 100 markets. Six markets, China, India, Indonesia, Nigeria, Pakistan and the U.S., will house half of the teen population by 2020.

Coca-Cola has been focused on making its efforts more global in nature, something it's done for its Olympics and World Cup efforts.

"Now there's a degree of global consistency, so everyone is [targeting teens] at the same time," Mr. Drohan said. Before, one country would focus on teens one year and then another year, another country."

The company views teens broadly as 13- to 19-year-olds, which requires the marketer to "look for the highest common denominator," Mr. Drohan said. "As we go around the world looking for insights and understanding, we say, 'Is this something local that we want to tap into or is this something more universal?'"

Coca-Cola Music, Mr. Drohan said, will resonate universally. He said the campaign's "expenditure is in line with the future potential of the [teen] market," but refused to discuss the specifics of the budget. Coca-Cola spent about $2.9 billion on global advertising expenses last year, up 4.5% from 2009, according to its annual filing with the U.S. Securities and Exchange Commission.

Coca-Cola Music kicks off later this month with "24hr Session," an event that 20 markets will actively participate in. On March 22, Maroon 5 will hole up in a London studio for 24 hours, emerging with a new original song. Fans will be able to interact with the band, sharing their opinions and ideas for the lyrics and rhythms. Using an interactive projection system, consumers' comments and photos will be streamed onto the studio's walls

"This is the most ambitious and experimental effort in music Coca-Cola has ever undertaken," said Joe Belliotti, director-global entertainment marketing, of 24hr Session. 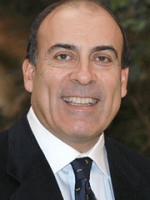 In addition to 24hr Session, Coca-Cola has partnered with One Night Only, an emerging band in the U.K., and Taio Cruz, a British singer and songwriter. One Night Only has written and recorded a new track called "Can You Feel It," which features Coca-Cola's signature five-note melody. It will be the soundtrack for a new global spot from Wieden & Kennedy, Amsterdam. Mr. Cruz will be working with artists selected by teens in various markets on a track he has created.

"We are working hard at Universal to bring our artists closer to their fans through unique experiences, and we believe that Coca-Cola Music is the perfect, innovative platform to continue this," Andrew Kronfeld, exec VP-international marketing, Universal Music Group International, said in a statement. "The artists taking part in the program are all excited to be part of opening up the creative process to teens around the world, and allowing their fans an exclusive chance to get involved with making great new music."

Indeed, Coca-Cola execs across the board, including CEO Muhtar Kent, have been trumpeting the importance of teens recently. "Our success in growing our sparkling category today depends on our ability to grow and connect with teens, the generation of tomorrow," Mr. Kent said at the Consumer Analyst Group of New York conference last month.