The business, which is moving to Del Campo without a pitch, was previously at Ogilvy, Argentina. Coca-Cola already works, often on a regional basis, with many of Argentina's most creative agencies, including Santo, La Comunidad and U.K. agency Mother's local shop Madre. At the beginning of this year, two top Argentine creatives, Gustavo Taretto and Gabriel Vazquez, teamed up with a leading agency from Spain, WPP's S,C,P,F, to open an S,C,P,F hub for Latin America in Buenos Aires, primarily to work for clients such as Coca-Cola. 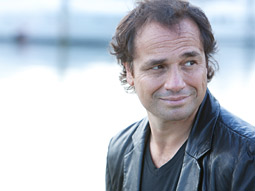 Messrs. Taretto and Vazquez were the creative directors at Ogilvy until 2007, and while there, they became one of Coke's favorite creative duos. Since opening their agency with S,C,P,F in January, they have done two campaigns in Latin America for Coke's Ciel mineral water and are working with JWT Mexico on a major Coca-Cola project for Latin America.

Del Campo's new Coca-Cola business will be the first time Saatchi has worked for the soft-drink giant in Latin America.

"They checked our capabilities," said CEO Pablo Del Campo. "They considered interesting the chance of working with an agency able to do the fresh work, hotshop style, we do for local Argentinean clients. They also appreciated the regional experience, structure and knowledge we have thanks to big clients like Procter & Gamble and our new client Sony PlayStation."

As Argentina's most-awarded agency, Del Campo is known both for developing regional work for clients such as Procter & Gamble, and for local campaigns such as the "Teletransporter" effort for a local beer brand that won a Grand Prix at the Cannes Lions festival this year. (The Teletransporter was a machine that allowed guys to enjoy an Andes beer or two with their friends in a bar while pretending to their girlfriends that they were elsewhere.)