New Challenge For Exec Who Chaired Karmarama and U.K. Agency Association
READ THIS NEXT
Dispatches from the panicked GDPR frontline 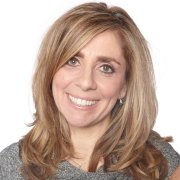 Ms. Mendelson will stay at Karmarama until July, and will remain a shareholder in that business. When she joins Facebook after July, she will be responsible for finance, business operations, marketing, human resources, strategic partnerships, and generally driving growth.

Ms. Mendelsohn, who was named one of Ad Age's Women to Watch in 2011, joined Karmarama in 2008 as a partner and executive chairman. Before that, she was deputy chairman of Grey London. A prominent and famously well-connected figure in the U.K. ad industry, she has just completed her term as the first female president of the Institute of Practitioners in Advertising, the U.K.'s ad agency association.

At Facebook, she will take over a role that has been open since October 2012 when her predecessor, Joanna Shields, left to become CEO of the Tech City Investment Organization, an initiative by British Prime Minister David Cameron to bring greater investment to the U.K. from global technology companies.

Ms. Mendelsohn also has a relationship with the U.K. government in her role as chairman of the Creative Industries Council, a body set up to lead engagement between the government and the creative industries. During her term as president of the agency association, she led an expedition to Beijing to promote the group's launch of a China practice to help Chinese companies enter overseas markets like the U.K.

In her six years at Karmarama, whose clients include the BBC, Honda and Costa Coffee, Ms. Mendelsohn has driven the agency forward. The company sold a significant stake to private equity company Phoenix in June 2011, bringing in funds to grow the Karma Communications Group, which now includes agencies Crayon, Kream, Kaper and Acquity Customer Insight.