Beyond 'Gangnam Style': Why Korea Is a Pop Culture and Products Powerhouse | Ad Age
Skip to main content
Sign In Register

Beyond 'Gangnam Style': Why Korea Is a Pop Culture and Products Powerhouse

~ ~ ~
CORRECTION: 'Autumn Sonata' generated estimated revenue of $2.7 billion, not $27 billion, as originally stated in this column. 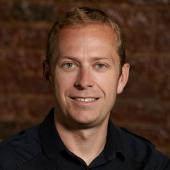