Even a Trip to KFC has to be Sanctioned by Peers
READ THIS NEXT
Google urges holding companies to buy analytics firms amid loss of talent
Shopping with Gens Y&Z
Credit: Iris

Impulse shopping could soon be a thing of the past, according to research by Iris Worldwide, which found that 0% of Generation Y and Z shoppers surveyed admitted to making spontaneous purchases while shopping in a store.

They appear to be so caught up in both gaining approval and exerting influence on social media that every purchase comes in the context of a whole cycle of posts, likes and tags.

Peter Wilson, planning director at Iris London, said, "It's claimed behavior. But the important thing is that it's true in their eyes. It even applies to relatively disposable, trivial purchases like choosing KFC over McDonald's – everything needs to be pre-validated. The attitude was, 'No. I don't do that at all.' And why would you? They are wary of making a purchase that doesn't meet the standards of their peer group or is culturally out of step. It's too big a risk. And it's easy to mitigate that."

Iris Worldwide London carried out quantitative online research among 900 respondents in the U.S., the U.K. and Brazil, backed up by a six-week qualitative study of 45 respondents. This was combined with social intelligence listening to around 1.1 million interactions, covering Gen Y and Gen Z, two groups born roughly in the years between 1980 and the mid 2000s. Four retail categories were included: consumer tech, fashion, food and leisure.

Despite all the pre-validation, the anxiety loop extends beyond the act of buying. Qualitative research found that Gen Z consumers were reluctant to share purchases once they had made them, because this is the time when the need for validation reaches its peak. One young woman surveyed in Brazil said she spent $1,000 on a SLR camera but didn't want to share it on social media because she hadn't figured out how to use it and still wasn't sure she'd made the right choice.

Generation Y more frequently display their spoils on social media, although this is likely to be done carefully, in context, like wearing a new dress to an event. 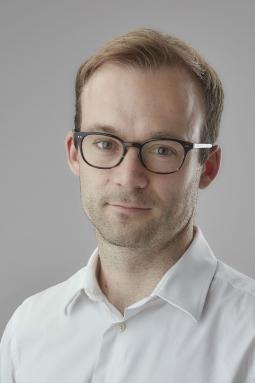 Mr. Wilson said, "In many ways they are not unlike young people from previous generations. Their motivations and insecurities are similar: they are figuring out who they are and they need support and approval from others. But previous generations just got laughed at in the playground; they didn't have the ability to post something that can be seen by the whole world. What's changed is that their behavior is enormously influenced by their use of digital technology, and the social media that is ingrained in their lives. Make no mistake – they are the mouthpiece for the internet and increasingly have the power to make or break your brand."

Brands, Mr. Wilson suggests, should establish themselves as culturally relevant. This can be done by picking the right partnership, often through influencers, but also by choosing relevant collaborators. In the case of Iris client Samsung, the launch of the Serif TV -- created with Paris design duo and brothers Ronan and Erwan Bouroullec -- matched consumer tech with interior know-how to create something that is almost a work of art.

Physical retail experiences are still critical to both Gen Y and Gen Z. About 50% of those surveyed in each group said they prefer to make a purchase in-store. Despite the dominance of social media, for about a third of shoppers in both cohorts (29% i the U.S., 34% in the U.K. and 22% in Brazil), the in-store experience is still the most important factor in influencing their final purchase.

"The physical retail experience still plays a critical role. It's where expectation needs to meet reality," Mr. Wilson said. "It's similar to online dating, where you go through profiles and do a lot of curating before you eventually meet the person. It's accepted that you get a glossy perception beforehand, and you need to make sure that the reality fits. Of all the stages, this was the one [where respondents] most often felt let down... although fashion retailers are most likely to live up to the expectations they set on social media."