Global Experience Rises as Prerequisite to Getting Ahead

While They Aren't Absolutely Necessary, Stints Around the World Are a Surer Path to the Top for Marketers
READ THIS NEXT
Dispatches from the panicked GDPR frontline

It's time to pack your bags.

U.S. multinational marketers have shifted to global management structures; borders and barriers to working internationally have come down. Pair that with a slow U.S. economy and explosive growth in markets like Brazil, Russia, India and China, and suddenly -- despite the rising costs for companies -- a global resume has become the key to the c-suite.

"Tomorrow's CMO will have to have global and international experience. You can do it without living abroad ... but you have to get exposure to those markets. It opens your eyes to new ways of doing business, increases cultural sensitivity and increases flexibility," said Andrew Hayes, an executive director at recruiting firm Russell Reynolds. "We're in a very different world today than we were even five years ago." 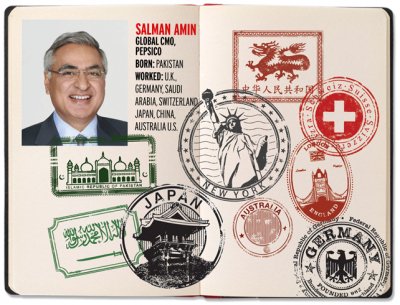 Case in point: Last week, Japanese automaker Nissan hired Johan de Nysschen, a native of South Africa, to run Infiniti from a new global headquarters in Hong Kong. Mr. de Nysschen previously ran German automaker Volkswagen's Audi of America in the U.S. and has also run Audi Japan. He'll report to Andy Palmer, a Brit who is based in Tokyo.

Many of the industry's top marketers have been around the world and back, from PepsiCo's Salman Amin to Starbucks' Annie Young-Scrivner, UPS's Alan Gershenhorn to Wendy's Craig Bahner. Clearly, global experience is becoming a prerequisite for top jobs.

"[CEO Muhtar Kent] is definitely looking for people who have an entrepreneurial spirit and the ability to operate flexibly across borders," said Alison Jerden, director-talent management at Coca-Cola.

While most companies don't formally require a stint abroad in order to move up the corporate ladder, many marketers assume that execs lacking global experience will be passed over for top jobs when the time comes.

Greg Fisher, VP-global marketing at HTC, said he didn't view a global assignment as "absolutely necessary to career advancement," but it was an "effective accelerant." Mr. Fisher spent nearly three years on assignment in Singapore with Intel before taking on his current role. He said the greatest benefit to living and working abroad was the "self-actualization and subsequent resetting of your own biases and perspectives, which I believe represents a larger challenge for Americans than other nationalities.

"I essentially needed to step outside my lifelong perspectives in order to feel open to new ones," Mr. Fisher said. "This is not something that can be learned on regular global conference calls, quick international trips or even short assignments abroad. It takes time." 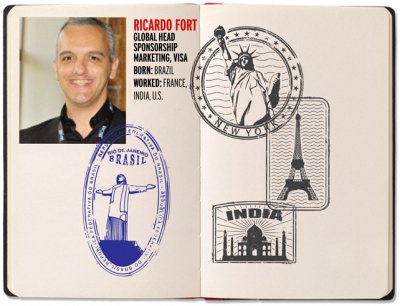 For marketers in particular, working abroad provides an edge, according to Carol Soriano, Nokia's head of consumer communications and former head of global marketing activation. Ms. Soriano, a native of the Philippines, spent time with Nokia in Singapore before taking an assignment in Finland. She's now in the midst of a three-year tour of duty in the U.S. "When it comes to marketing, being exposed to different cultures is fantastic in enhancing your understanding of how things operate," she said. "You recognize that one size doesn't fit all."

One issue, however, is that even as marketers demand that marketing executives be well rounded globally to move up, there are fewer opportunities available for U.S. or Western European executives to work overseas.

"Sending someone over there, anywhere, to do a job that somebody there could potentially do is at least twice the price, so it becomes a really difficult sell," said Unilever veteran Marc de Swaan Arons, chairman of the consultancy Effective Brands. "The only time it's really done is with extremely high fliers, because they can't take global positions if they haven't been in other geographies."

As a result of cost controls on sending Western expats to developing markets, Mr. de Swaan Arons believes the "expat circuit" is about 50% to 75% smaller than it was decades ago. And to the extent that it exists, it increasingly consists of executives from developing markets being groomed for upward mobility with moves to corporate headquarters.

Given the greater demand for global expertise and dwindling opportunities, overseas assignments, particularly in developing markets, are highly prized. That likely made it aggravating, at least temporarily, to some Procter & Gamble executives last year when the company's top digital executive, Lucas Watson, jumped ship to become VP-sales and marketing for YouTube at Google, though Mr. Watson said there are no hard feelings. He and his wife Suzanne, a marketing director in fabric care, both had just accepted coveted positions at P&G's Latin America headquarters in Panama.

"Was it controversial when I left?" asked Mr. Watson. "I'm sure it wasn't a great thing. A lot of people had gone to bat for me, and I still think the world of all of them." Mr. Watson said Mr. Perry, along with Marc Pritchard, global brand-building officer, and Jorge Mesquita, group president-new business creation and innovation, were all key in helping him land the assignment in Latin America and trying to keep him at the company. "I don't think it left anyone with any ill will," he said.

Waggener Edstrom, a large independent PR agency, has developed a rigorous protocol for its global assignments, in part because they can be so costly, especially if they go sour. Denise Macrigeanis, senior VP-human resources, said that one assignment where a U.S. exec was relocated to London lasted less than nine months, as a result of unclear objectives, moving too fast and not adequately preparing the exec, who had never traveled outside the U.S. 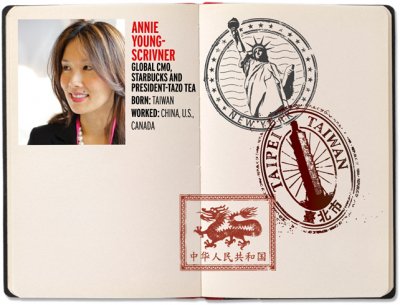 "It reinforced how important it is to be incredibly clear about why you're sending someone," she said. The agency now, almost without fail, invests in pre-assignment trips and looks to have a six- to nine-month window to identify and prepare an executive for a move.

Often the most senior-level execs are also established in their personal lives, and moving families -- particularly to far-flung corners of the world -- is challenging. "It's tough to take a family of four to Indonesia," said Steve Gatfield, co-chairman at Naked Communications. "In some ways, that 's why that part of the career track is going to start sooner rather than later."

While there's no rule of thumb, recruiters and consultants said it would make sense for a marketer to take on a two- to three-year global assignment in her 30s. A second assignment of similar length would round out an aspiring global exec's résumé.

While marketers said the onus is on the exec to make an impact and remain visible to the folks at headquarters, companies are much more hands-on today when it comes to managing talent. "People used to go international and get lost in the system," said Russell Reynolds' Mr. Hayes, a former marketer who did stints in Malaysia and Singapore. "Companies are much more progressive now. They've got a game plan, a chessboard, mapped out, and they know where [talent] is going next."

Indeed, at Coca-Cola, execs within six to nine months of completing an assignment are considered "in play," so human resources can begin identifying their next role. "Over time we've gotten better and better at managing in a way that is more purposeful. We're better on processes," said Caryn Davis, senior human resources director.