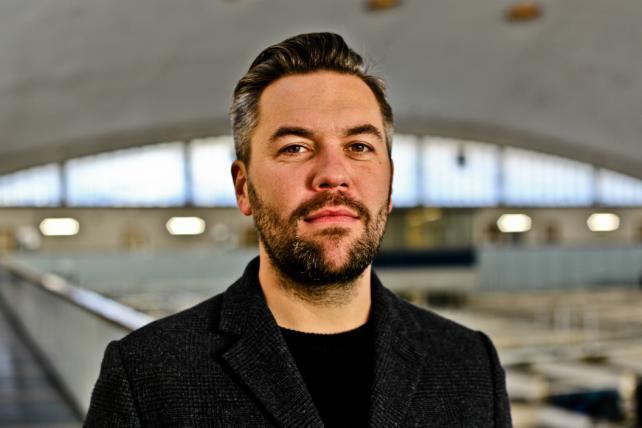 The trio are believed to be starting their own agency – a bold move at a time when the U.K. is facing long-term uncertainty triggered by last week's Brexit vote.

The shock defection has already spawned its own #Grexit hashtag on social media. Jon Forsyth, one of the founders of Adam & Eve/DDB (three of whose founders broke away from another WPP agency, Y&R) tweeted, "What an amazing pedigree for a new start up. How exciting."

A statement from David Patton, president and CEO of Grey EMEA, said, "All have been prime movers in Grey London's reinvention, part of the worldwide transformation of Grey that has made it a global creative and new business powerhouse."

Mr. Leonard, a designer by background, joined Grey as chief creative officer in 2007 and added chairman to his title in 2014. According to his bio on the Grey London website, the agency has doubled in size during his time there. In 2015, it was ranked eighth biggest agency in the U.K. by Nielsen, up from 14th in 2014.

At the Cannes Lions International Festival of Creativity this year, Grey London won one Gold, eight Silver and eight Bronze Lions. Of the awards, 14 were for its "500 years of stories" work for the Tate Britain art gallery.

In 2015 Grey London won two Cannes Grand Prix -- one in Promotion and Activation, and the other in Design -- for its Volvo "Life Paint" work. The agency is also well known for its work with the British Heart Foundation.

Grey London has undergone a renaissance over the last five years under the leadership of Mr. Leonard and Ms. Jameson, previously chief strategy officer, as well as Chris Hirst, the agency's former CEO, who quit to become CEO of Havas Creative Group in the U.K. and Europe last year.

Tor Myhren, Grey Worldwide chief creative officer and New York president, who was at the center of the sluggish shop's transformation into one of advertising's most creative companies, quit to join Apple as VP-marketing communications in December 2015.

Mr. Leonard, Ms. Jameson and Ms. Graeme are likely to have been planning the move for some time, particularly as WPP CEO Martin Sorrell is well known for holding his departing management to their contractual terms.

When three of the four Adam & Eve/DDB founders left RKCR/Y&R, they paid out more than $1 million after a 2009 legal dispute with Mr. Sorrell. In a statement at the time, they apologized "unreservedly" for having "over-stepped the mark when setting up our new agency and dealing with clients while still under the contractual obligations of our gardening leave."

Leo Rayman, chief strategy officer of Grey in Europe, Middle East and Africa, will take over as CEO of Grey London. Vicky Maguire and Dominic Goldman will continue in their executive creative director roles and oversee the day-to-day running of the creative department.

Mr. Rayman said in a statement, "Grey's culture is what makes us different and it's bigger than any one of us. We're now going to accelerate the Grey project, strengthening our position as the most progressive creative firm in London, with brave culturally-impactful work and acquisitions in tech and data."