Revenue Up 5.6% and Profit Rose 9% in 2011, Holding Company Reports
READ THIS NEXT
Dispatches from the panicked GDPR frontline

Havas will drop the Euro RSCG brand and replace it with the name Havas Worldwide on Sept. 1. 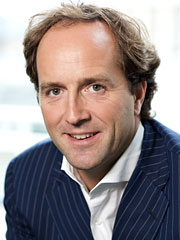 While announcing the company's 2011 financial results, Havas CEO David Jones unveiled a new structure for the group, including the introduction of Havas Digital, an umbrella brand designed as a commercial entity to help the French group sell its digital capabilities.

Havas is also working toward bringing its media and advertising operations together by housing them under one roof, but they will maintain separate identities.

"We are changing the name of our core global brand," Mr. Jones said. "We have a simple structure and we want to show that we are better integrated than our competitors as well as being more agile and fleet footed."

About Havas Digital, Mr. Jones said, "We were in digital from day one. We've not made the acquisitions, so we've not had the press coverage. But we have had substantial and significant wins in the digital space and have pulled in some of the world's best digital talent. Digital is at the core of our agencies and at the core of our strategy."

The French group, owner of Euro RSCG and media agency MPG, claimed net new-business wins of $1.85 billion, including the digital account for Unilever's Dove deodorant, and Philips media in the Americas and parts of Europe.

Despite the company's being Paris-based, Europe was the group's weakest region, with growth of just 2.1% in 2011.

Mr. Jones spoke about his $1 billion acquisitions budget and said, "We don't want to be the fastest in history to spend our money. We are doing very well without having spent it. Our strategy is to be patient and rigorous. We want people who want to buy into the group and go on a long journey with us."

Havas built on the strength of its micronetworks last year, opening Arnold Worldwide offices in Shanghai and Costa Rica. It also plans to expand BETC into Brazil, Asia and the U.S.