Gap Between Big 5 Agency Companies and Havas, At No. 6, Grows 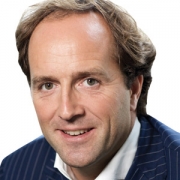 North America was the worst-performing region, with a drop of 3.9%, which the company attributed in part to account losses including Dell at Arnold , and Sprint and Exxon at Havas Worldwide. However, healthcare still showed growth despite a big decline in Pfizer business. Organic growth excludes acquisitions and currency movements.

On a conference call with analysts, David Jones, the global CEO of Havas, spoke of a continued lack of visibility in the market, but predicted that Havas will return to growth by the second half of 2013. By then, last year's big account losses will have "played through the system" by then and will no longer have a significant impact on quarter-on-quarter comparisons.

He said, "Even in a low growth environment, we will still be able to drive margin improvement from the changes we made to Havas Media at the end of last year. The business was restructured -- we moved the headquarters to Paris from Barcelona -- and we are taking a more global approach that will have a significant margin impact in 2013 and an even stronger one in 2014."

Asked whether Havas' size prevented it from competing with larger rivals, Mr. Jones said, "Our size is our biggest advantage, it allows us to be agile, integrated and entrepreneurial. When revolution hits an industry, the biggest players are normally the casualties – look at Kodak and Instagram."

In Ad Age 's Agency Issue this week, the ranking of the top 50 agency companies showed a growing gap between the Big 5 and No. 6-ranked Havas. With Dentsu's acquisition of Aegis, the Tokyo-based agency company went from being almost double the size of Havas to nearly three times as big, with 2012 worldwide revenue of $6.39 billion compared to $2.287 billion for Havas. And Japan's other big agency company, Hakuhodo, is closing in on Havas' No. 6 slot. Hakuhodo grew by 13% to $2.184 billion in 2012 worldwide revenue while Havas was flat.

Havas' lackluster first-quarter performance comes despite net new business wins of $525 million for the quarter, including wins from Carrefour, Del Monte, Bacardi, Ideal Standard and Volvo. The company blamed, in part, the strengthening of the euro against the U.S. dollar and the British pound, which had a negative impact on revenue of around $5 million, Havas claimed in a statement.

Havas did not give specific figures for the rest of the world, but claimed "good" growth in Latin America thanks to the digital and media businesses, with "strong"growth in Mexico.

Havas will continue to look for small and medium-sized acquisitions, Mr. Jones said, focusing on the faster-growing markets of Latin America and Asia Pacific, and on digital. He admitted that the group is "underweight" in Japan and spoke about the challenge of buying businesses in India, where "the multiples of acquisitions make Silicon Valley look cheap."