Network's Leader in Australia and New Zealand Will Replace Him
READ THIS NEXT
Uncomfortable Conversations: How one DE&I consultant is pushing agency CEOs for real change
Tom Doctoroff.
Credit: J. Walter Thompson

J. Walter Thompson's Asia Pacific CEO Tom Doctoroff, a China expert who has spent 24 years with the network, is leaving to pursue an as-yet unspecified opportunity in the United States.

He will be succeeded by John Gutteridge, the WPP network's CEO in Australia and New Zealand and a member of its Asia Pacific executive committee. The two have been preparing for the succession for a year, J. Walter Thompson said in a statement.

Mr. Doctoroff moved to Hong Kong, his first stop in Asia, in 1994. Since then he has spent 22 years in Asia, 18 of them in China. A Mandarin speaker based in Shanghai, Mr. Doctoroff is an authority on Chinese consumers and wrote two books on the topic, "What Chinese Want: Culture, Communism and the Modern Chinese Consumer" and "Billions: Selling to the New Chinese Consumer."

The agency is losing his China expertise at a time when many brands are struggling to adjust to what the country's leaders call "the new normal," an economic slowdown following years of double-digit growth. China's central bank forecasts the economy will grow 6.8% this year. Western brands have also been facing more competition from local players. 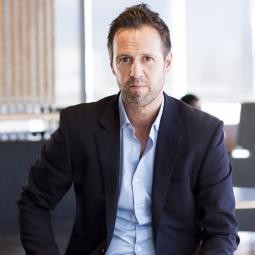 "After so long in Asia, a culture I have fallen in love with, it is nonetheless time to go home and pursue the next chapter in my life," Mr. Doctoroff said in the agency's release, which added that he would announce his next step "in due course."

Mr. Gutteridge, who is 42 and started his career with J. Walter Thompson in the U.K., will be based at the network's Asia Pacific office in Singapore. He became CEO of Australia and New Zealand in 2011. The statement said business there has grown by more than 75% since he took over. Under his leadership the company bought two digital agencies and started new initiatives including a content business.