Parent Tata Creates Joint Venture Project to Work on Brand, but Says It's Not a House Agency

LONDON (AdAge.com) -- Jaguar Cars is taking its estimated $100 million global advertising account out of Euro RSCG Worldwide and moving it to a newly created agency called Spark44 that will focus on the Jaguar brand. Spark44's headquarters is expected to be in California, with regional hubs in the U.K., Germany and China. 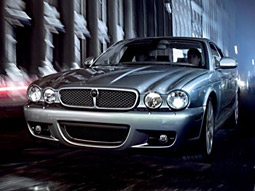 The car company wouldn't give any details about the mysterious new agency, or who will run it. However, a Spark44 website lists four principals of what the site describes as a "unique communications entity ... helmed by professionals with unequaled expertise in every customer touch point in the automotive universe. ... We are currently working on one of the most exciting projects in the industry from our four offices in London, Los Angeles, Frankfurt and Shanghai."

Jaguar said in a statement: "After six years of the relationship as our key marketing agency we can confirm that we have chosen this time to service notice on the agreement with Euro. No agreements have yet been finalized for a new partner, although we can confirm that we are now finalizing details to create an innovative -- not in-house -- joint venture project named Spark44, which would be 100% dedicated to developing the Jaguar brand."

One of the four men featured on the Spark44 website, Mr. Woolford, has been working with Mr. Speth as a consultant since last year and lives in the Los Angeles area where Spark44 is expected to be based. He has held advertising, sales and marketing posts at BMW and Porsche in the past. More recently, according to his LinkedIn profile, he was exec VP-managing director of MRM Worldwide for five years until 2005; was president and owner of a men's barber shop in Los Angeles called Barber Spa for two years; then spent a year as senior VP-group account director at BBDO, working on the agency's Mitsubishi account.

London-based Mr. Duncan was formerly chief executive at MRM Worldwide and U.K. CEO at McCann WorldGroup, and was a founder of Zentropy Partners, according to the Spark44 site. His LinkedIn profile describes him as currently being a partner at a company called Alternative Genius. Bruce Dundore has been an art director, copywriter and creative director at BBDO, Ogilvy, McCann Erickson and his own company, Lazaroff/Dundore. Mr. Krainz, who is German, worked on campaigns for car marketers including Mercedes and Volkswagen as a creative at DDB, Ogilvy & Mather and Publicis.

Young & Rubicam currently handles the advertising for Land Rover, Tata's other former Ford auto brand. It is not known if the Tata Motors Group intends to move Land Rover's advertising into Spark44, too.

Euro RSCG won Jaguar's global creative account in 2005, and added the global digital account -- including all online advertising, customer relationship marketing and building and maintaining the Jaguar.com site -- in 2008.

"I can confirm we received a termination notice in regard to the global creative relationship," said Matt Ryan, president-global brands, at Euro RSCG Worldwide. "We're in discussions on how we might transition around the world with them and how long the transition may take."