And They're Suing Major Brands; Nestle Won the First Round
READ THIS NEXT
Dispatches from the panicked GDPR frontline 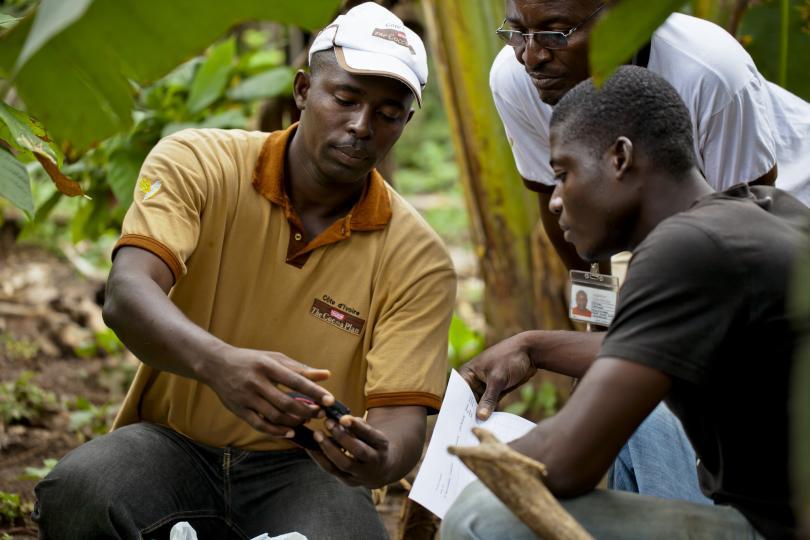 More than 6,000 farmers in Côte d'Ivoire received training in 2012 as part of the Nestlé Cocoa Plan plan to achieve supply chains free from child labor. By this year, Nestlé aims to train a further 24,000.
Credit: Courtesy Nestlé

"This item may be the product of slave labor."

Those jarring words could end up on candy bar wrappers, packages of frozen shrimp and even cans of cat food if some California lawyers get their way.

Forced labor permeates supply chains that stretch across the globe, from remote farms in Africa and the seas off Southeast Asia to supermarkets in America and Europe. Almost 21 million people are enslaved for profit worldwide, the UN says, providing $150 billion in illicit revenue every year.

Governments are pushing companies to better police suppliers, but that's not enough for a group of U.S. law firms. They've sued name-brand companies doing business in California, like Hershey Co., Mars Inc., Nestlé SA and Costco Wholesale Corp., hoping to use the state's novel consumer protection laws to put the suffering of millions squarely in front of shoppers.

"These lawsuits are vehicles for forcing business ethics," said Niall McCarthy, an attorney with one of the class action firms taking up the issue, Cotchett Pitre & McCarthy LLP. "You cannot ignore human suffering to make a buck."

A victory for consumer lawyers may force companies into a corner: Give shoppers a moral dilemma every time they go to the supermarket, or pay suppliers a lot more to eliminate any temptation to use slave labor.

Forced labor in supply chains burst into public view after recent reports about the savage conditions some workers endure. Tales in the Guardian and Associated Press of indentured servitude on Thai fishing boats, where starvation, beatings and even murder can occur, triggered an outcry among human rights groups. The lawsuits soon followed. 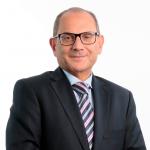 Debate shifts
The announcement by the world's largest foodmaker, and its pledge to stamp out abuses, shifted the debate. Companies have said it's impossible to prove their products are tainted by forced labor, given how many suppliers and middlemen make up modern supply chains. Now one of the biggest was conceding it was a distinct possibility.

"We need business to own up to the abuses in their supply chains and then work collectively to eradicate them," said Steve Trent, executive director of Environmental Justice Foundation, which tracks slavery in the Thai fishing industry. He hailed Nestle's statement as a huge step forward. Chris Bayer, a researcher at the Germany-based nonprofit Development International, advises companies on compliance issues. He agreed with Trent, and not just for moral reasons.

"Companies that have such policies and systems in place are far less vulnerable to reputational risk," Mr. Bayer said. "It would behoove any reputable company that qualifies to make sure it's at least legally compliant."

Transparency plans
Transparency initiatives don't include giving in to the lawsuits, however. Edie Burge, a spokeswoman for Nestlé's U.S. unit, echoed other defendants when she said there's no legal justification for requiring warnings on company products.

Under California's supply chain transparency law, the first of its kind, companies with more than $100 million in revenue must publicly disclose their efforts to fight slave labor. It doesn't require them to have a policy -- but if they do, they have to say what it is.

"This was a very simple approach to an important problem," said Darrell Steinberg, the former state senator who sponsored it. "If large companies trace their supply chains and publish the results on their websites, by definition that will be a major deterrent."

Some of the lawsuits use Mr. Steinberg's bill as a starting point: They claim companies like Nestlé and Costco violated California law by not also stating publicly that slave labor probably had a part in making their products.

Right to sue
The proposed class actions envision an individual right to sue, arguing that shoppers are being illegally deceived because some wouldn't buy a product potentially tainted by slave labor. In ruling for Nestlé, U.S. District Judge Cormac Carney said state legislators had the chance to require slave labor warnings, and passed.

Steve Berman, whose firm Hagens Berman Sobol Shapiro LLP is behind most of the cases, said suing on behalf of consumers instead of victims of forced labor avoided questions over jurisdiction. He said the judge was wrong and that he'd appeal.

For their part, the companies Mr. Berman sued reject that they can be held responsible for the actions of "sub-suppliers." In court filings, they say corporate declarations to fight slave labor aren't guarantees it won't exist somewhere in the supply chain.

They also caution that the litigation could have unintended consequences, driving companies from countries where their presence allows them to push labor reforms.

'Trash fish'
Seafood export is a multibillion-dollar industry in Thailand, providing not only food for human consumption around the globe but ingredients for a wide spectrum of products. Costco, based in Issaquah, Washington, was sued because it sells Thai farmed shrimp bred on fishmeal -- ground-up pieces of "trash fish." It's that shrimp food which consumer lawyers say is caught by forced labor, on fishing boats operating far offshore.

"Allegations concerning issues in the Thai seafood industry have been well publicized," said Richard Galanti, a spokesman for Costco. The company says it performs surprise third-party audits and requires suppliers agree to a ban on forced labor. But even with those policies, transparency is a daunting, if not impossible task, say two lawyers who advise companies on such issues but aren't involved in the lawsuits.

"Everything you see that's made with mass or substance at some point in its supply chain comes from farming, hunting or a harvesting operation that's family owned," said Sarah Rathke, a lawyer with Squire Patton Boggs. "It's nearly impossible for companies to trace material to that level, because it's usually collected from the farm and combined with the output of others from nearby."

"Slave-made commodities are knowingly blended with those from legitimate sources," the 2013 report states. "Willful ignorance means that records are kept only in general and innocuous ways in order to conceal the origin of goods."

Chocolate industry
In lawsuits against chocolate makers, the problem isn't trash fish, but cocoa from Ivory Coast, the industry's biggest supplier. The U.S. has said thousands of children as young as 10 are forced to work there in dangerous conditions.

Boys from "Ghana, Mali, Burkina Faso, Benin and Togo, are found in Cote d'Ivoire in forced agricultural labor," according to a government report. A self-imposed deadline by chocolate makers to end child slavery among suppliers has been repeatedly extended, most recently until 2020, according to the lawsuits.

Nestlé says it has set up pilot monitoring programs on some Ivory Coast farms, with plans to extend to all suppliers by the end of 2016. Hershey and Mars made similar statements, saying that while the lawsuits are without merit, they're spending hundreds of millions of dollars to eradicate the practice from their supply chains. Mars spokesman Jonathan Mudd didn't return calls or e-mails seeking comment.

Poverty is a "fundamental issue" in the cocoa growing region of West Africa, said Jeff Beckman, a spokesman for Hershey. Companies across the cocoa supply chain have been involved in initiatives to improve economic, social and labor conditions, he said.

"The pace of change, however, is slower than we would like to see because the underlying issues are complex and have deep economic, social and political roots," Beckman said.