Ad fakery has another global agency in the hot seat as Leo Burnett pulled two winning Tata radio spots at Goafest after a public back-and-forth between agency, client and festival.

In the latest controversy over scam ads at India's Goafest Abby ad awards, Leo Burnett asked to withdraw two radio spots for Tata Salt Lite after they each snagged gold and silver awards in the radio and radio craft categories.

According to Goafest official Shashi Sinha, "whispers" about the eligibility of the ads began following the awards ceremony on Saturday. There had been some questions during the auditing process, in which KMPG doublechecks the eligibility of winning work after the judging but before the award show, but a letter from the client had confirmed they were genuine ads, Mr. Sinha said.

But rumors persisted about whether the spots had been been commissioned, paid for by the client and broadcast commercially -- or if they were "proactive" work by Leo Burnett, said Mr. Sinha, who is CEO of IPG Mediabrands in India.

Earlier at Goafest, posters by JWT India depicting women bound and gagged in the back of a Ford Figo hatchback drew international condemnation after they were uploaded to the Ads of the World website and entered at Goafest. Consumers mistakenly thought they were real ads, causing JWT and Ford to issue apologies. JWT withdrew the three ads in the middle of the judging process and two senior creatives and a Ford India executive were fired.

In the latest controversy, a statement from Tata Chemicals, a huge multinational conglomerate that is the parent company of the low-sodium Tata Salt Lite brand and one of India's biggest marketers, fell short of confirming the ads were genuine. In fact, Tata cast the blame entirely on the agency, and appeared to be saying it was unaware of criteria such as the requirement that ads really run in order to be festival-eligible.

"The entire award submission process is one initiated and entirely managed by the agency; our role as a client was limited to approval of the creative. As a client, we were not aware of all the other technical requirements and subsequent process of submission criteria etc," the company said. "As soon as the inconsistencies were brought to our attention, and upon further enquiry, we concluded that it would be appropriate for the agency to return the award to the organizers." 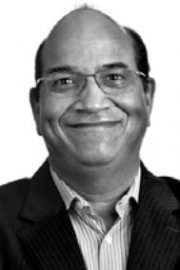 Arvind Sharma, Leo Burnett's chairman and CEO-India and Subcontinent, provided Ad Age with a copy of the email he sent to Mr. Sinha on Monday asking to withdraw the entries. But he did not respond to follow-up questions asking whether he still stood by the eligibility of the ads.

"I know that there was some debate at the (Awards Governing Council) about two Tata Salt Lite radio spots submitted by us," the message said. "We do not want any unwarranted insinuations about one of our prestigious clients and brands to continue. We request AGC to treat these two spots as withdrawn from our side."

Awareness of the dispute over the Tata entries was fueled this week by stories posted by India's MxMindia.

Unlike the Ford Figo poster ads, the Tata Salt radio spots were humorous and their content was never an issue, Mr. Sinha said.