Lincoln Plans New Retail Experience in China, and 20 Stores by 2015 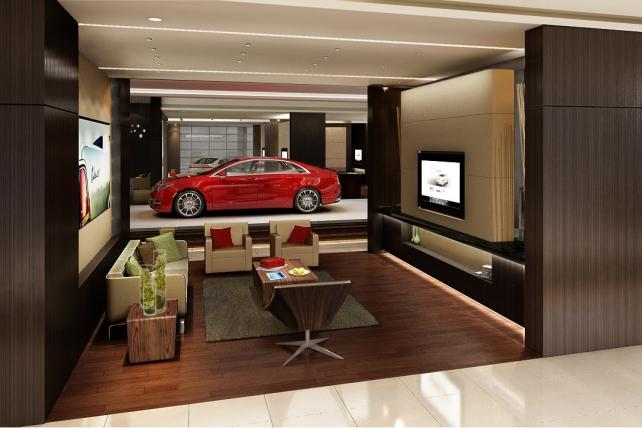 Lincoln wants China dealerships to offer a setting similar to a living room or a five-star hotel lobby.
Credit: Lincoln

China is giving the 97-year-old Lincoln luxury brand a new lease on life. In a series of events in China, the brand has just launched a sleek new concept vehicle and a new retail vision.

Lincoln will begin selling vehicles in China this fall, starting with eight stores in seven cities and growing to 20 dealerships by the end of the year. By the end of 2016, Lincoln plans to have 60 stores in 50 cities.

In a highly competitive car market, the stores will offer a new brand of customer service called The Lincoln Way that the brand says will be built around relationships, not transactions.

Lincoln is expanding on the retail playbook it developed in the United States with a strong emphasis on customer service techniques borrowed from boutique luxury hotels. The brand sees China as something of a learning lab for Lincoln in understanding customers and their needs.

The personalization studio will allow customers to explore models with different colors and features, configure their car, and "view a life-size image of the vehicle both inside and out with family and friends before making a selection," the company said.

"Success in China is key to our efforts to build Lincoln into a global luxury brand," said Jim Farley, Ford executive VP of global marketing, sales, service and Lincoln, in a statement.

Much of what Lincoln learns in China could find its way back across the Pacific to Lincoln's home U.S. market, said Matt VanDyke, director, Global Lincoln.

The MKX Concept, unveiled at the Beijing auto show this week, gives a glimpse of the next generation MKX mid-sized crossover. The concept was developed with extensive input from Chinese consumer clinics.

"Lincoln in China has our full attention in product development," VanDyke said. "We're not developing products for the U.S. and seeing if they work there."

Lincoln officials are not saying when a production version of the MKX will be ready.

When dealerships open this fall, they will offer just two vehicles: The MKZ sedan and the MKC compact crossover. The refreshed Navigator will follow in 2015, followed by other vehicles including possibly a large sedan.

Bradford Wernle
View all articles by this author