Recent Soccer Tournament Was Marred By Protests. Next up: Only the Two Biggest Sporting Events in the World
READ THIS NEXT
Dispatches from the panicked GDPR frontline

On the soccer field, the Confederations Cup had to be considered a success, as host Brazil trounced defending World Cup champion Spain, 3-0, in the final late last month. 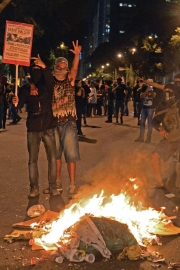 Millions of Brazilian protesters took to the streets in anger and frustration over the billions their government is spending to host 2014 World Cup and 2016 Olympic Games.
Credit:
Getty Images

Off the pitch, events around the two-week tournament were so bad that the head of FIFA, soccer's governing body, wondered publicly last week whether it had made a mistake granting Brazil next summer's World Cup.

At issue, of course, were the millions of protesters across Brazil who took to the streets in anger and frustration over the billions their government is spending to host the 2014 World Cup and the 2016 Olympics Games and the meager budgets for public services like health care and education.

The demonstrations, which often took place right outside matches, were impossible to miss and raise serious questions for marketers putting big bucks into those events and employees on the ground.

Marketers will spend $1.6 billion on sponsorship fees and about three times that on marketing around the World Cup, said Jim Andrews, senior VP at sponsorship consultant IEG. The Olympic Games are even pricier -- $2.2 billion for fees alone.

CAUGHT IN THE MIX

The protests' ire appeared directed at the government, with no apparent animosity toward corporations. Indeed, protesters even adopted a popular song from a Fiat commercial with the refrain "Come to the street" as their anthem. And the image from a Johnnie Walker commercial of Brazil as a sleeping giant that awakes became a popular hashtag.

But marketers can easily get caught in the mix. A Coca-Cola billboard was pulled down in Rio de Janeiro, where the protective wood barriers that some businesses erected still stand. A company spokeswoman in Rio said it concluded the torn-down billboard was an isolated incident.

Arnab Roy, director-global football marketing at Coca-Cola, who was in Brazil during the Confederations Cup, said the company has not curtailed executives' travel to the country, though employees were asked to be careful. "In those 10 to 15 days there was a bit of caution, and we followed the protocol suggested to us by our internal security teams," he said.

The month-long World Cup kicks off in mid-June next year. While the focus will undoubtedly be on soccer, the political climate will be heightened further, with Brazil's presidential election looming in early October. Protests appear inevitable.

"We fully acknowledge that the people in Brazil [will] use the platform of the World Cup to get awareness for their issues," said Herbert Hainer, CEO of Adidas Group, one of six global World Cup sponsors, at a company media event in Sao Paulo during the Confederations Cup. "Going forward, we hope that the talks between the government and all involved parties will help to solve some of the issues."

With such massive investments, big pullbacks are off the table. 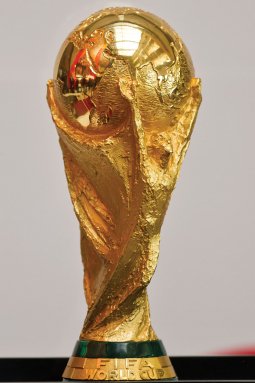 All eyes will be on Brazil during the World Cup next year.

"You're preparing for seven or eight years for these global events, and every issue is going to come up at some point during that cycle -- political, environmental, infrastructure, natural disasters," said Ann Wool, partner and managing director at Ketchum Sports & Entertainment. By the time an event is just a year away, "your activation has already started and you're closely associated with the event," she said.

Still, adjustments can be made on the fly. During the Confederations Cup, for example, Coca-Cola scaled back some of its activations, including grassroots and sampling events.

Ultimately, marketers may not have much choice but to accept some disruption. As economic growth in markets like Brazil slows, giant sports events spell sales. Anheuser-Busch InBev, whose Budweiser and Brahma brands are World Cup sponsors, is betting on the tournament to turn around its fortunes in Brazil, where weak disposable income and high food-price inflation helped drive its beer volume in the country down 8.2% in the first quarter. "Sports occasions represent approximately 25% of beer consumption, and [we] are confident that these events, especially the World Cup, will not only help the economy in general but also have a very positive effect on demand for beer," CEO Carlos Brito said on a recent earnings call.

THE PRICE OF DEMOCRACY

Many Brazilians see the protests as a healthy sign of a young democracy, and those involved with the World Cup seem happy to latch on to that message.

"We respect that in any democratic country, everyone has the right of expression," said Mr. Roy of Coca-Cola. "We will wait and watch."

Nizan Guanaes, chairman of Grupo ABC, which includes ad agencies DDB Brasil and Africa, said the protests are "the price of democracy," adding that, "the insights coming from the population will help improve our democracy and influence new public policies."

But it's difficult to believe organizers and promoters are truly comfortable with mass protests. Last week, FIFA President Sepp Blatter said further demonstrations in 2014 would make him question if FIFA had "made the wrong decision awarding the hosting rights to Brazil," adding that "this will not happen."

Brazil hasn't gone into full crisis-management mode yet. "I don't want to minimize the problem, but I don't think the exercise of the democratic right to demonstrate should be seen as a tragedy or a stain on the country," said Flavio Castro, a partner at FSB, PR agency for government sports and tourism. That said, "Brazil needs to be more aggressive in its international promotion. The country has always been very internally focused and doesn't have a culture of communicating outside Brazil, unlike countries like Mexico, with a tradition of investing to promote tourism, attract investment, lobby, etc., especially in the North American market."

If it wanted the world's attention, Brazil certainly has it for the next three years.

The Games Will Go On
Riots, Shootings, Beheading Raise Fears As World Turns Its Eyes to Brazil for 2014 World Cup And 2016 Olympics

A soccer referee beheaded. A singer shot onstage. Millions protesting the cost of staging the World Cup while the rest of the country's infrastructure crumbled. No doubt recent headlines out of Brazil worried World Cup and Olympic sponsors. But global sporting events have a history of weathering image disasters, said Rob Prazmark, CEO of 21 Marketing. Here are a few of the hardest hit: Before the 2010 World Cup in South Africa, shack dwellers took authorities to court over plans to relocate them. Players complained about the new Adidas match ball. And everyone hated the vuvuzelas, those long horns blown incessantly by fans. Yet the games were a success.

Beijing's 2008 Summer Olympic Games began with major concerns over the air pollution surrounding the Chinese capital. But a stunning opening ceremony and swimmer Michael Phelps' performance made the games a winner.

Coming five months after the Sept. 11 terror attacks, the 2002 Winter Olympics in Salt Lake City opened in an atmosphere of fear and closed with a figure- skating judging scandal. But it was one of the biggest Winter Games ever.

The 1996 Atlanta Summer Olympics were blemished by a bombing that killed one and wounded 111.

Bloody student riots in South Korea led up to the 1988 Summer Olympics in Seoul. Eventually, national pride brought all sides together. -- Michael McCarthy