MANILA (AdAge.com) -- Imagine what it would be like to wake up in a Southeast Asian city with no memory, a bruised face, a missing wallet -- and a cellphone. Nokia did, and turned the idea into a social-media campaign to launch the Nokia N8 phone in the Philippines. 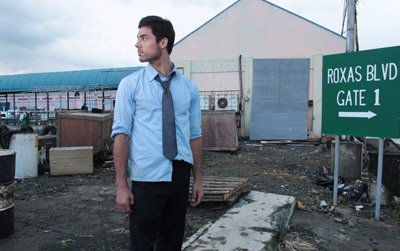 The campaign generated over 25,000 text messages to Pier's hotline within one month.
The handset maker, creative agency JWT, Manila, and Smart Communications, a local wireless services provider, invented a character named Pier Roxas who lost eight days of his memory to highlight the N8's ability to capture memories in high-definition video. head for the Philippines.

The campaign started in late September with an unbranded 60-second teaser spot posted on Facebook and YouTube, followed by an unbranded 30-second video that later ran on TV, introducing Mr. Roxas and his challenge to viewers: Help him recover his memory by crafting stories of what could have possibly happened to him over the past eight days, with only a handful of clues to work from. Mr. Roxas had a deep bruise on his face, a missing wallet, a lipstick smudge on his collar, a parking ticket, an unfamiliar key, a Smart-branded SIM card and a Nokia N8 with no contacts in the phone's memory. The best stories would be picked to be filmed on the phone.

Branded Nokia spots by JWT soon led viewers to the campaign site, www.nokia.com.ph/pierroxas, where Filipinos are invited to submit their version of the story of the man's lost days. Carat and Wunderman both assisted with the digital marketing campaign to promote the contest.

Nokia also created a text hotline where Pier answers questions from his followers and Pier Roxas pages to promote the film-making competition on Facebook (www.facebook.com/pier.roxas), Twitter (www.twitter.com/pierroxas) and YouTube (www.youtube.com/pierroxas).

Within a month, the campaign generated more than 25,000 text messages to Pier's hotline. Nearly 1,000 stories were submitted to the competition, conspiracy videos were created and posted to YouTube, and tweets and Facebook activity continue.

"We set out to create an idea that people would want to spend more time with," said Dave Ferrer, exec creative director of JWT, Manila. "So invested were the people with Pier Roxas that they spent hours interacting with him on the internet and via mobile, plus hours more formulating stories about what happened to him. People researched his background and created blogs to talk more about him and the Nokia N8."

On Nov. 8, eight finalists were chosen to film their versions of Pier's story using the Nokia N8 phone's HD-quality video feature. The videos will be posted to www.Nokia.com.ph/PierRoxas on Dec. 1, and the grand winner will be announced on Dec. 15. The eight finalists automatically won the Nokia N8 devices, used these to shoot their short films, while the winner gets a $1,130 cash prize. The winner will be chosen by three judges -- feature film directors Paul Soriano and Pepe Diokno and Lilit Reyes, an award-winning scriptwriter.