In response to increasing consumer concerns about food safety in China, McDonald's has created new communications emphasizing the ethical and healthy treatment of chickens. The campaign, which plays on the Chinese term for WikiLeaks to create "Chickileaks," is being rolled out through TV, a microsite and online videos in partnership with popular video-sharing site Tudou.

In China, McDonald's has faced the consistent challenge of local consumers' preference for chicken, rather than beef, the brand's key equity ingredient. In response, McDonald's has been steadily enhancing its offering of chicken menu items to counter fast-food market leader Yum Brands' KFC. The Chickileaks campaign aims to further bolster McDonald's reputation with consumers as a provider of quality chicken products.

With a key focus on responsibility and transparency, the microsite (created by DDB Shanghai) presents visitors with a wooden door that is slowly opened to expose how McDonald's chickens are treated. Online videos follow the adventures of two young reporters as they go "down to the farm" to talk to scientists and technicians who monitor the condition of the chickens. As part of their journey, reporters sample chicken feed to demonstrate the quality of nutrition provided. There's also a promotional element that lets users win a free chicken sandwich by sharing a link to the microsite. 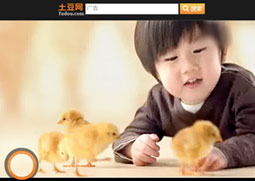 In a supporting TV spot by TBWA Shanghai, a young child is seen playing with newly hatched chicks. The voiceover reinforces the importance of following the rules of nature, and that "the process of growing up has no shortcuts."

The level of transparency is rare in China, where brand claims about safety and sustainability are usually communicated through indirect and muted metaphors.

As a result of a series of food safety crises in recent years, Chinese consumers have become increasingly sensitized to the risk of lapses in supervision. A crisis created by use of melamine in infant milk formula has made reassurance about nutritional choices a huge emotional focus for Chinese families.

Increasing focus on reassurance has created new consumer habits that have benefited fast-food brands such as McDonald's. For meals on the go, China's urbanites are increasingly turning their backs on traditional street foods and moving to branded vendors where hygiene levels are more guaranteed. In this context, many domestic quick-service restaurant brands have emerged to fill the gap, forcing McDonald's and KFC to further refine their product formats and value propositions to engage local consumers.

The importance of safety was recently brought to light by local reactions to the nuclear scare in neighboring Japan. In an effort to combat potential exposure to radiation, by absorbing iodine, local stores were hit by panic buying of table salt. Some consumers bought up to a four-year supply in one purchase. Consequently stores sold out of salt, so consumers then started stockpiling soy sauce, also a source of iodine.

Reinforcing the theme of the Chickileaks campaign is the increasingly reflective mood of Chinese consumers as economic comfort becomes the reality for many urban families. Celebrities such as actor Jet Li and basketball player Yao Ming have been championing charitable and environmental causes focused on newly rich urban Chinese. For example, Yao Ming and other national athletes have been calling for the end of the shark-fin industry -- considered a delicacy for soup dishes in many parts of China. There is also a growing tendency for urban consumers to consider environmentalism as a factor in allegiance to brands and products.

In a brave stance for the category, McDonald's Chickileaks appears to be well placed to leverage a groundswell of consumer energy in China due to the campaign's emphasis on transparency, responsibility and trust.