Judge Kathryn Koegel Reports on the Best Campaigns and Why Work Outside the U.S. Is Often Better
READ THIS NEXT
Dispatches from the panicked GDPR frontline

It may not be the Academy Awards, but today I am eagerly awaiting the results of the GSMA Global Mobile Awards. I was a member of the jury that determined the best mobile-marketing campaign in the world in 2010. Here's what I learned when suddenly thrust into the global (i.e., not U.S.-centric) world of mobile marketing: 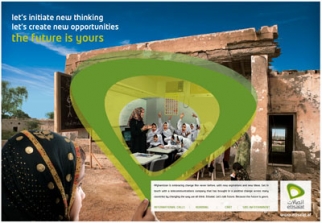 We love devices more than we love marketing. Western entries focused on apps, and apps solely on iPhones. I still cannot make the connection between shaking denim (two different brands used the accelerometer function for branded apps) and brand loyalty or increase in intent to purchase the jeans. Same goes for any of the mass-market brands with download numbers in the tens of thousands. These are companies that need to move millions of units. Huh?

Rich media is not the solution: embrace the creative "limitations" of mobile. In writing for Ad Age on mobile, I have interviewed agencies all over the U.S. These agencies complain that clients want rich media and overlook simpler solutions such as banners for the mobile web. Those clients need to take a trip to China, India or South Africa and see how even a simple banner on a rudimentary browser works in places where the mobile device is the primary mode of internet access. It's all about relative real estate and reaching an audience at the right time and right place. OK, the U.S. is different. Research here shows that non-flashing mobile banners typically work two to four times as well as they do on the wired web. Take another look at the difference in user experience between mobile and the morass that is web design and you will see why.

Cross-platform does not mean do it on more than one device. To be considered cross-platform in the U.S., marketers using mobile think they are being edgy if they execute on Android as well as on the iPhone. Wrong. Cross-platform involves using more than one medium. Mobile works brilliantly for activation of "traditional" media campaigns. For reaching demos turned off of broadcast TV and print, let's talk urban audiences and anyone under 34. Why isn't mobile integrated into the larger media mix? It's not hard.

If it's a mobile-marketing campaign, actually use mobile as media. AT&T submitted a campaign promoting that because its phones are GSM, you can use them anywhere in the world. The campaign is visually stunning, featuring hands cleverly painted to look like iconic images from various counties -- for example, hands become the Great Wall of China or Indian elephants. They did print and place-based media in airports, to target people who travel and need such options on their phones. But if you are selling a service related to mobile phones, why not actually use mobile app inventory on your competitors' mobile phones to sell the idea?

Mobile is a reach medium: Treat it like one. The Western campaigns focused on smartphones, which, despite huge growth, will likely never penetrate the whole U.S. population. Overall mobile penetration is about 85% right now, according to sources such as Nielsen. That blows away the internet. So if we have all these devices, why not market to the masses using SMS and banners? I would like U.S. marketers to take a look at campaigns submitted from Kenya, the Philippines and Sri Lanka that worked on all devices and where success was measured in percent of the total population of the country reached.

Do something big: change behavior. Advertising is supposed to be a transformative experience. Gillette and safety razors changed the way men approached their mornings, as did Kellogg's with the American breakfast. Mobile campaigns in developing countries have audacious goals. A campaign from Brazil was focused on getting a nation of talkers to be texters. The largest carriers there banded together (try that, AT&T & Verizon!) and did a simple campaign using text, web and interactive voice response. Within a few months' time, from Ipanema to the Amazon, those thumbs were flying.

Learn from Captain Kirk: It's called a "communicator," not an "i" or a "touch" anything. Those things that Kirk and Spock used to talk to each other were called "communicators." They actually talked to each other on them and did not fiddle with them when bored. So much of mobile marketing in the West assumes we have time to play with it, tap it and zap it, and overlooks the primary communication function of the phone. The best marketing is supposed to engender communication between companies, products and people. If you're a marketer or an agency person, become an angry bird yourself and ask whether your next mobile campaign really communicates a clear brand message, engages the target audience, reaches more than 10 people and provides something of value people respond to. And by response, I don't mean a click or game interaction.

And the winner is ... Congratulations to Unilever Turkey and Cornetto ice cream. The campaign was designed to engage young ice-cream eaters and included SMS, PR, interactive outdoor and promotional marketing. Using a wall projection system, Cornetto took over the outside of a building in Taksim, Turkey's equivalent to Times Square. Anyone with any phone could play a game in which people texted to move images around the projection. Winners got a free ice cream, redeemable on the spot. It made the national news and became the talk of Turkey. Since the best ideas are made to be "evolved," I dare anyone to get a few permits and execute in Times Square. How cool, engaging and rewarding would that be? Maybe not ice cream right now -- how about hot chocolate or lattes? Go to YouTube to watch the campaign in action.