Former Burnett Star Luciano Nardi Dreaming Big for His Independent Agency.
READ THIS NEXT
Dispatches from the panicked GDPR frontline

After winning a stream of big clients for big networks and leading Fiat's global creative effort for Leo Burnett, Luciano Nardi decided it was time to quit the big-agency safety net and go it alone. 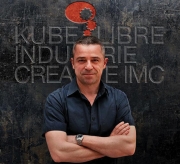 His independent shop, Milan-based Kube Libre, came to the world's attention in late January with an Italian version of Chrysler's "Born of Fire (aka "Imported from Detroit") 2011 Super Bowl spot.

In "Exported from Naples" for Fiat, Mr. Nardi created a two-minute commercial that showcased the car company's Panda while also attempting to shore up Italy's dismal reputation, highlighted by the eurozone crisis.

"Exported from Naples" also enhanced 3-year-old Kube Libre's own reputation. "The visibility of the Panda campaign brought many calls from clients who want a person in front of them to speak with, not just a structure, not just another office," Mr. Nardi said.

The spot's high profile was particularly rewarding because Mr. Nardi wanted to work again with Fiat, whose business in Europe is mostly split between Leo Burnett and Italy's biggest agency, Armando Testa.

"We started trying to seduce Fiat first of all," he said. "Then, at the start of last year, we were invited to pitch for [Fiat's] Alfa Romeo. We didn't win, but they started to see our approach, and at the end of last year we won Panda."

Kube Libre is already working on a campaign for the Fiat Punto, which will run elsewhere in Europe. "It's a big step for us, making an international campaign," Mr. Nardi said.

The path toward independence was gradual. His advertising career took off between 2000 and 2006, when Mr. Nardi established a global profile as Leo Burnett's worldwide creative director on Fiat. His favorite work from the time includes the launch of the Croma with English actor Jeremy Irons and the introduction of another Fiat model, the Doblo, featuring an alliance with the Jamaican bobsled team.

Mr. Nardi persuaded parent Publicis Groupe to back him in launching integrated agency BCube in 2006.

"I went to them and said I wanted to create something like BBH or [Publicis-backed Paris shop Marcel], an agency where you go straight to the best idea," he said. Triumphing in a stream of important pitches at BCube, including Coca-Cola and BMW, he developed the confidence to go it alone in 2009.

After leaving BCube, Mr. Nardi spent six months working solo, including consulting for Benetton Group. During that time, he was approached by insurance giant Aviva and Unilever's Sara Lee. Kube Libre was born.

The name is a play not on the drink Cuba Libre but on BCube.

"I wanted it to be the same but more free," Mr. Nardi said. "Free to produce ideas in terms of not just advertising but communications. I like to work on websites and design, to promote 360-degree creativity. In the future I'd like to have a photography gallery and produce content for TV."

At Kube Libre, Mr. Nardi has surrounded himself with other big-agency defectors. His partners are Piero Lo Faro, former creative director of Lowe Pirella in Italy; Myriam Goin, the French-Italian head of planning and an ex-TBWA Italia exec; and Michael Engelbrecht, an Italian-German art director.

Before he joined Leo Burnett, Mr. Nardi was creative director of TBWA Italia, which included a sabbatical at TBWA London.

Only 10 to 15 people are at Kube Libre at any given time. "We are closer to a consultancy way of working," Mr. Nardi explained.

Though it's a treacherous time in the eurozone, Mr. Nardi dreams of an international presence for Kube Libre.

"The economy is having a strange moment," he said. "We still work hard each day to demonstrate that advertising agencies can help companies to get out from this period."