Some of the most compelling innovations of our time are poised to emerge not in the U.S. or other developed countries but in emerging markets such as China and India. Dubbed "reverse innovation," the concept encompasses any innovation that is adopted first in the developing world and then migrates into mature markets.

It's a new idea, but one that is gaining steam as companies ranging from General Electric to Procter & Gamble, and Levi's to Coca-Cola innovate and introduce products with global implications in the developing world. Vijay Govindarajan, a professor in the Tuck School of Business at Dartmouth College, believes reverse innovation will permanently alter the way companies do business, as resources, talent and investment shift to poor and developing countries. It will also present major marketing challenges.

"It's logical to see where a poor man wants a rich man's products. Reverse innovation is the exact opposite," said Mr. Govindarajan. "Why would a rich man ever want a poor man's products? It requires some transformational thinking for marketing and advertising."

Mr. Govindarajan, General Electric CEO Jeffrey Immelt and Chris Trimble, also a professor at Dartmouth, are credited with introducing the concept of reverse innovation about a year-and-half ago in a Harvard Business Review article, "How GE is Disrupting Itself." The article capped Mr. Govindarajan's two-year stint as GE's first professor-in-residence and chief innovation consultant. During that time he was charged with accelerating growth for GE Healthcare in India.

"When I started working on that project, what we quickly realized was GE Healthcare, just like other multinationals, was selling the same medical-diagnostic equipment they sell in the U.S. in India, with some adaptation," Mr. Govindarajan said, noting that approach is known as "glocalization" and involves adapting to local market preferences rather than truly innovating. "Only 10% of Indians are rich enough to afford those products."

That insight led GE to develop a portable, battery-operated electrocardiogram machine that sells for $500. Intended as a solution for rural Indian markets where bulky, $20,000 machines made little sense, the product is now making inroads in the U.S. as a solution for first responders.

"Local companies in these markets are really smart," Mr. Govindarajan said. "If you don't do it, they will do it. And if they do it, not only do you lose the market in China or India, but they can bring those products here." To avoid being one-upped by savvy challengers, hundreds of multinationals have already established research and development centers in India and China. 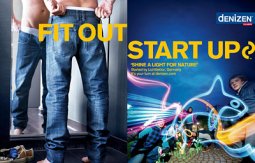 Coca-Cola's 14th billion-dollar brand was developed in the Atlanta-based company's Shanghai R&D center, for example. The beverage giant moved to plug a gap it saw in the Chinese market with the 2005 launch of Minute Maid Pulpy, a juice drink that easily transitions beyond the breakfast table. It's now the company's first billion-dollar brand to be developed and launched in an emerging market.

Pulpy, first tested in a region of China, can now be found in 19 countries across Asia, Africa and South America. Most recently it launched in Turkey and there are plans to launch in six more countries before the end of the year. The success has encouraged further investment in the company's R&D centers around the world, said Venkatesh Kini, VP-marketing of the global juice center.

"Because of the rapid growth in demand and scale in many of these emerging markets, like Brazil, China and India, the opportunity to create local, customized solutions is much more [pronounced]," Mr. Kini said. "Earlier it made more economic sense to create central innovations and scale them. Today, developing countries have critical mass and the capabilities to launch local, customized products across a range of categories."

Levi's Denizen brand is another example of reverse innovation, with the company first launching the brand in Asia, targeting Indian and Chinese consumers. It sought to make inroads in those valuable markets but also to learn how to best produce an affordable product, taking into account the features and fit details most important to consumers. Denizen jeans will retail for one-third to one-half the cost of a pair of Levi's when they roll out in the U.S. this summer.

"Launching in India and China, which are two very different cultures with consumers who have different body types, style and customs, gave us a chance to learn about how to make a brand relevant for the market," said Lance Diaresco, VP-marketing for Denizen. "We learned about fit and how to work with our franchise and wholesale customers to help them select the fits most relevant for their consumers."

"Value is important to consumers regardless of where they live," Mr. Diaresco added.

Indeed, Procter & Gamble developed a lower-price diaper line without all the bells and whistles for its Brazilian market a few years ago. Parents who couldn't afford the company's more expensive diapers were willing to pay for a solution that would keep babies dry overnight, given that many co-sleep with their children. Bryan McCleary, a Procter & Gamble spokesman, said that a basic tier of products now exists around the world under different brand names, such as Simply Dry in Western Europe.

Mr. Govindarajan said plenty of companies are only at the beginning of the cycle. He cited PepsiCo, John Deere, IBM and Cisco as examples of companies innovating in emerging markets. He also expects companies playing in the mobile advertising, mobile banking and even the pharmaceutical space could soon be shining examples of reverse innovation as well. Developing countries that have less bureaucracy and regulation could spawn innovative new drugs. "The infrastructure in the U.S. is both a boon and a curse."