L'Oreal Is Launch Partner; Audience Totals 22,000 Viewers on First Night
READ THIS NEXT
Dispatches from the panicked GDPR frontline 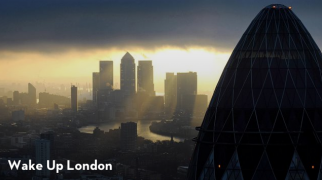 Aimed at 16-to-34-year-old Londoners, London Live has been heavily promoted in Mr. Lebedev's newspapers: the Independent, the i, and, most prominently in the London Evening Standard, which dedicated its first five pages to the launch yesterday.

Mr. Lebedev, 33, held a launch party at his London home, reportedly attracting VIPs including U.K. Prime Minister David Cameron, Chancellor of the Exchequer George Osborne, actors Hugh Grant and Elizabeth Hurley, and other influential figures from the worlds of politics, media and entertainment, as well as the editors of his three newsapers.

London Live, which is on free-to-air TV in the capital and also streamed live via the web, reached a peak audience of 22,000 (out of a potential 9.5 million) on its first night. The channel debuted with an entertainment news show called "London Go", instantly laying down its youth and diversity credentials thanks to the two presenters, Maleena Pone and Gavin Ramjaun. 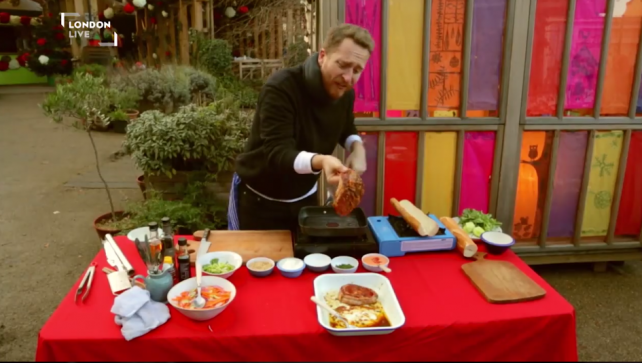 Ms. Pone was broadcasting from the South Bank of the Thames, and soon fell victim to the hazards of live television when an interview with the presenter of new show "Food Junkies" was interrupted by protesters shouting, "Better squat than let houses rot!" The photo bomb moment wasn't out of place in the anarchic show, however, and Ms. Pone was soon able to joke about it.

Over in Leicester Square at the London Premiere of "Noah," Mr. Ramjaun managed, after a few false starts, to bag an interview with its star, Russell Crowe. Mr. Crowe noted that Mr. Ramjaun was struggling and said cheerfully, "I'm trying to help you out." The star of "Gladiator" and "Les Misérables" was, however, slightly surprised to be asked, "What was it like to play such a big role?" 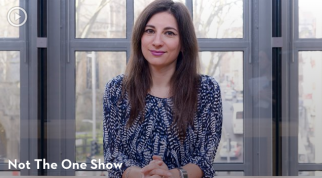 "London Go" was followed by a panel show called "Not the One Show" – a swipe at the long-running BBC show, "The One Show," which it was up against. They discussed London issues like slum landlords and locals' reluctance to talk to strangers, as well as climate change. Most notably, the panel consisted of three women and one (non-white) man – a surprisingly powerful statement in a TV landscape still dominated by white middle-aged males.

London Live is aiming to broadcast five-and-a-half hours a day of news and current affairs, with 50% of airtime devoted to original commissions. These include "Food Junkies," made by celebrity chef Jamie Oliver's production company, Fresh One, and "CTRLfreaks," developed with Leo Burnett's digital agency, Holler, which has participants handing over control of their Facebook and Twitter feeds to a group of comedy writers.

Other shows, including "F2 Kicks Off" and "Brothers With No Game," have been developed from popular YouTube channels, while "Shop London," launching in the summer, offers brands from all retail sectors the chance to promote their products.

Mr. Lebedev and his father Alexander took over the London Evening Standard in 2009. They turned it into a free newspaper, increasing circulation from 250,000 to 900,000, and moved it into profit after it had been losing $50 million a year. Mr. Lebedev is chairman and owner of the London Evening Standard and of Independent Print Ltd, which the Lebedev family bought in 2010. He was born in Russia but is now a British citizen.