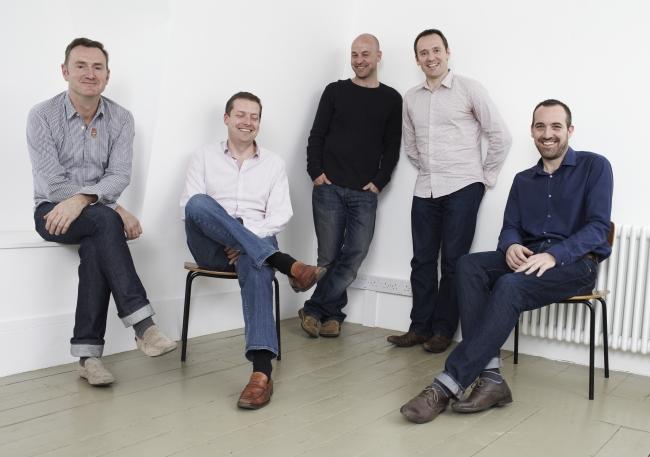 This is the kind of question that London-based independent creative agency 101 allows itself the time and space to ponder. And when your founding client is French Connection, shoes can spark inspirational and productive debates.

Richard Flintham, one of the agency's five founders and its chief creative, says, "I have a thousand of those conversations with Stephen [Marks, French Connection founder]. Rather than concentrating around campaigns, we do a lot of talking about the little things. As long as we are exposed to all those thoughts and whimsies, good ideas are bound to happen."

101 opened for business in January, essentially as a breakaway from Fallon London, where Mr. Flintham and Laurence Green were part of the founding lineup in 1998. Together they worked on era-defining campaigns including Sony's "Balls" and Cadbury's "Gorilla" and Eyebrows."

So what's it like for a creative to work so closely with a client? "It's not that different to when we were sitting in a meeting room deciding whether eyebrows should go up and down or left and right," Mr. Flintham says, perhaps slyly referring to one of Cadbury's aforementioned famous productions. "He's annoyingly creative. It's not like we have a client in our building who's our special weapon, but he does bring a different skill set and it's nice to learn more about the forces within business and how they operate."

The agency recently created nine films in four days for French Connection, a client it carried over from Fallon , which introduced the quirky effort featuring "The Man" and "The Woman." Each ad from the new campaign focuses on a different item of clothing and examines what a wearer might desire from that item: the intimacy of a blouse or the expectation that comes with a lucky shirt. The latest -- previewedexclusively on Creativity -- tells the stories of love, lust and money that accompany a man and his suit.

By working directly with designers, models, architects, store managers, stylists and brand owners, 101 strives to wring the maximum out of every French Connection project. "It's a nice world," says Mr. Flintham. "You can do anything you want to these days, as long as you're not arrogant enough to think you don't need to work with other people. I want to work with the kind of people you find yourself thinking about on the tube on your way home, people who will expose you to forces and to problems -- not treat you as a creative soul who's easily bruised."

As well as the French Connection shoe question, Mr. Flintham and Co. might equally be discussing problems such as, "What is a piece of art?" "What is a cake?" and "What is a journey?" as they tackle briefs from their other clients. These include the charity Art Fund, for which they created the National Art Pass app; Mr. Kipling, a much-loved but somewhat tired brand of cakes that 101 is working on revitalizing from the bottom up; and Avios, British Airways' newly rebranded air-miles scheme. 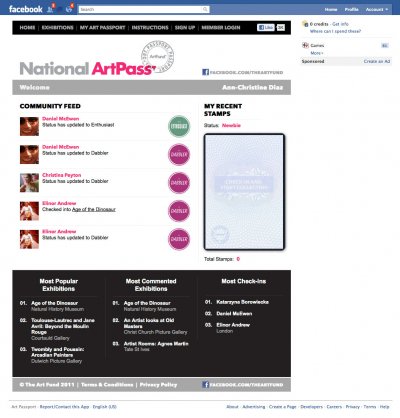 101 wants to have these fundamental discussions with all its clients. Laurence Green, a planner by background, describes how 101 started: "We thought it would be nice to be in the space where Wolff Olins meets Droga 5 -- high consultancy value CEO-level engagement meets genius for populist and often non-advertising ideas."

The agency was born out of "three-tenths frustration and seven-tenths enthusiasm," he says. In 2007, Fallon became part of a mini group structure within Publicis Groupe , called Saatchi & Saatchi Fallon . "Each year the spirit of enterprise and the freedom to operate got more compromised," Green says. He and Mr. Flintham tried to buy back a part of Fallon , but when this was unsuccessful, they decided to make the break.

"Our vision is to have a safe thinking space where good work is inevitable; a spiritual home for good behavior and good opportunities, into which we can bring people who will challenge our opinions," says Mr. Flintham. "Our plan is to be a thoroughfare, with great people passing through."

The name, Mr. Green explains, came from "a long list on a flip chart." It could refer to the agency's start date (Jan. 10), or the 101ers (precursors to The Clash), or a Depeche Mode live album, or George Orwell's famous room of horrors, but actually it was chosen because the partners like the look, feel and sound of it.

In nine months, 101 has grown from five founding partners to 19 people, attracting a mix of talents including Creative Director Johan Dahlqvist, who previously worked at TBWA London, ACNE New York and Stockholm, Wieden & Kennedy Amsterdam and Kirschenbaum Bond on campaigns for clients including Nike , Nokia, Coca-Cola, Absolut and Burger King.

Other recruits include Ross Farquhar from Diageo, Clare Hutchinson from BSkyB, head of output Zena Bruges and creative team Fred Wood and Stef Forbes, who have worked at Mother , JWT, BMB, and VCCP on campaigns for Coca Cola, HSBC, Carling, Google, VW, and The Guardian. Another team, Thomas Ilum and Zoe Sys Vogelius, recently joined after two years at Miami Ad School in Hamburg, preceded by stints at Leo Burnett and Publicis.