Soccer Tournament Expected To Dominate 60% of All Tweets For An Entire Month
READ THIS NEXT
Dispatches from the panicked GDPR frontline
The platform is designed for mobile devices first.
Credit:

Sony has created a single online platform, called One Stadium Live, to bring together conversations and content across Twitter, Facebook and Google+ before and during the World Cup.

One Stadium Live starts May 1 and is part of Sony's tier one sponsorship of the FIFA tournament in Brazil. The mobile-first website at will highlight hot topics to give fans a snapshot of how the whole world is feeling about games, players, tactics, gossip -- and the inevitable controversies -- surrounding the World Cup 2014.

Nick Bailey, CEO and executive creative director of Isobar U.K., which created One Stadium Live, said that Twitter expects 60% of all tweets during matches will be World Cup-related during the month-long soccer tournament, which starts on June 12.

Mr. Bailey described One Stadium Live as being "like a social broadcast channel for football." He added, "It will be like turning social content into TV content. You'll be able to tune in and see what people are saying, but in an engaging and entertaining way. It won't feel like just a load of Twitter hashtags – it will be a snapshot of what the world is feeling."

One Stadium Live will use analyze the meaning of posts, rather than just key words, to group fan posts together, while the technology will also remove bots and retweets from the conversation. 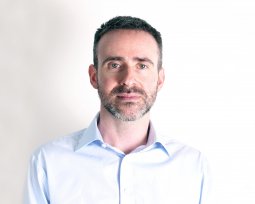 Isobar has set up a newsroom in its London office to bring an editorial layer to One Stadium Live. A team of moderators will be working round the clock, across six time zones, to push out the best conversations. Moderators will be there to safeguard Sony and keep things like racism and drugs out of the conversation. The site will also carry profiles and statistics on all 32 teams and their players, and news feeds to keep fans up to date in six languages.

The last tournament in 2010 attracted two billion TV viewers, and since then internet use has increased by 53%, Twitter use by 13,500%, and Facebook has gone from 300 million to one billion users, according to Isobar.

Trials held during recent friendly international matches demonstrated the variety of conversations around soccer, from pundits and tactics to team colors and whether or not individual players were "hot." Mr. Bailey said, "There is such a rich texture of conversation. We want it to feel like a big carnival of football, to create a wonderful ripple effect around games so that the whole world becomes a stadium."

One Stadium Live feeds into Sony's "One Sony" drive, which is attempting to unify the diverse Japanese company under one brand identity.

Sony calls its approach "From the lens to the living room," to capture the way the brand shares in the user experience, from the cameras that film the matches, to its Bravia TVs used to watch them, and Sony Xperia tablets and smartphones used to share the experience. Exclusive FIFA archive footage will also be available on Sony Entertainment Network.

Mr. Bailey said, "Our insight was that Sony brings fans closer to the detail of what's on the pitch -- closer to the visceral action -- so that we can make every fan's experience a bit more like being in a stadium." A spot promoting One Stadium Live, also by Isobar, will run on Sony's own channels and websites.

Once the World Cup is over, Isobar hopes to be able to adapt the One Stadium Live technology to create a second-screen experience across other big sports events, and for global shows such as the Academy Awards.