No Stiff Upper Lip as Brits Cry Foul Over Ads

ASA Flooded With Complaints -- Often Raised by Rivals, Sometimes Frivolous and Increasingly Common
READ THIS NEXT
Dispatches from the panicked GDPR frontline

The Advertising Standards Authority, Britain's independent industry regulatory body, has over the past month fielded grievances regarding ads that suggest mothers (and not fathers) do Christmas shopping and car ads that promote reckless driving. The objections, however ridiculous they might seem, indicate a broader trend in Britain: complaints about ads are on the rise.

What's with the spike in Britons' issues with advertising?

One explanation is that the ASA recently expanded its realm to include the digital and online space. However, complaints in non-online categories are also rising. 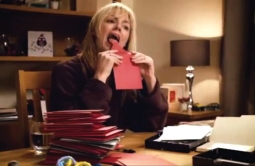 Fathers 4 Justice complained about Asda ad tagline that said Behind Every Christmas, There's a Mum.

An ASA spokeswoman said while the group hasn't done any research into why there seems to be ever-increasing interest in investigating ads, one explanation she offered was that the ASA has done a good job of publicizing the work it does.

Brinsley Dresden, a partner at law firm Lewis Silkin, said advocacy groups and charity organizations increasingly use the ASA as a bargaining and PR tool. For example, one of the season's most-polarizing ads, a Christmas spot by supermarket chain Asda, resulted in hundreds of complaints to the ASA, fueled in part by a campaign group, Fathers 4 Justice, organizing protests at supermarkets. The spot, by Saatchi & Saatchi London, showed a mother running about getting ready for the holidays. The tagline: "Behind every Christmas, there's mum." 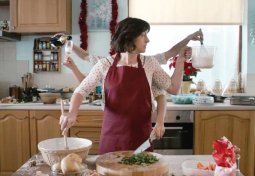 "If a group can spot an ad [that speaks to its agenda], it gives them an opportunity for PR," said Mr. Dresden. It's not a misuse of the system -- provided the complainant is honest -- but it's not historically the core function of the ASA, he added.

Additionally, competitors increasingly lob complaints against one another, a practice that has become a controversial part of the U.K.'s system. Richard Warren, co-CEO at London's DLKW Lowe , estimated that 90% of ASA complaints come from competitors. ASA reveals complainants' identities to an advertiser asked to defend its work.

His agency created a Christmas commercial for retailer Morrisons that recently came under scrutiny for similar reasons as the Asda ad. While the piece stars a mother prepping for the holidays, it didn't reference anything specifically about moms. Still, the ASA complainant said that it implied sexism.

Mr. Warren claimed his ad did not warrant investigation -- it only happened because people were focusing attention on the Asda ad, which caused them to look extra suspiciously at all retailers' holiday ads. He doesn't believe it was Asda that complained about the Morrisons' ad, suggesting it could have been another retailer, though he's not certain, since the ASA declined to take action and, thus, reveal the complainant. But, he said, many times competitors will put up their friends and acquaintances to complain, in order to keep their own names out of it.

The ASA in December implemented a new procedure to deal with that problem, asking the complainant to prove that he or she had tried to resolve the issue directly with the company before approaching the ASA. That led to a 46% decrease in competitor complaints, said an ASA representative. Still, the problem is big enough that a London agency executive, who has created campaigns that have come under scrutiny and spoke to Ad Age under condition of anonymity, said that "it's now standard practice that if a campaign is out, there will be a complaint." And according to the ASA, every single complaint is addressed in some form.

The way English law has developed leaves no room for competitors to address advertisers in court over false, misleading or distasteful advertising, said Mr. Dresden. In Germany, Ireland and other parts of Europe, an unfair commercial-practices directive gives marketers legal recourse against ads they believe are misleading or unfair. But with no such outlet in the U.K., all cases go to the ASA.

In 2011, eight out of 10 ads that received the most complaints got in hot water for issues of offensiveness and sexism. About 120 people work at the ASA, which is funded by a levy paid by advertisers; 27 of those are complaints executives. It's relatively efficient, with complaints turned around within five to 10 days. (When this reporter tested the system with a complaint of her own, someone at the ASA replied within one business day.)

Mr. Dresden said that among his clients, there is a large degree of satisfaction with the ASA and the work it does, despite the number of complaints it handles. Even Mr. Warren, whose own agency's work is facing "investigation" by the ASA, said that overall, the body is "in chime with Britain." And even when ads are investigated, there's a silver lining. The London agency executive who spoke to Ad Age said that the huge visibility a campaign receives because of a complaint can raise awareness of the brand or an ad. "The regulation itself is usually quite fair," this exec said.