Show's Popularity Is Rooted in Primitive Human Culture, Say Academics
READ THIS NEXT
Dispatches from the panicked GDPR frontline

The success of "X Factor" has its roots in our primitive culture, with Simon Cowell as the witch doctor figure, according to a two-year study by a group of leading marketing academics in the U.K.

The show's cruelty and the potential transformation of its participants mirrors the vicious rites of passage that our ancestors used to go through. These "liminal rituals" satisfy a basic human need to witness the kind of gladiatorial scenes that are no longer part of our culture. Like the emperor Caligula giving the thumbs up or down to signal life or death in ancient Rome, Simon Cowell has absolute power, exercising extreme power over the fate of the contestants. 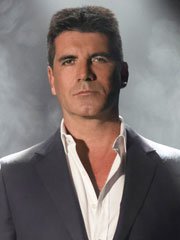 "The possibility of a transformation of identity is an important part of the show, and cruelty and humiliation are also crucial in the process," said Chris Hackley, professor of marketing at Royal Holloway University, and one of the report's authors. "When boys became men in ancient societies, they were often given tests and trials, while the low in status had a license to mock the high in status. This resonates and taps into a deep need."

The pattern partly explains why "X Factor" has continued to be the most popular show in the U.K., even without the presence of arch shaman Simon Cowell. Gary Barlow from former boy band Take That has stepped neatly into the villain's role, relishing the opportunity to dish out humiliation and harsh criticism to contestants.

"Simon Cowell didn't invent the role, but he saw its potential and has exploited it for all it's worth," Mr. Hackley said. "His cult trickster figure still hangs over the U.K. show and has made it the most successful media brand in the country."

Marketers have been quick to capitalize on the success of "X Factor." Mr. Hackley: "The show's success has in a sense revived the advertising market. It's a resonant platform for advertisers, who mirror the way that "X Factor" has extended consumer engagement across media channels."

One example of an advertiser mirroring that engagement is is Yeo Valley, the organic dairy brand that had a hit with rapping farmers during last year's "X Factor" live finals. This year, a tongue-in-cheek ad based around a boy band called The Churned, made up of sexy young farmers, was the No. 1 trending topic on Twitter worldwide when it launched during last Saturday 's show. The song from the spot, created by Bartle Bogle Hegarty, London, was number 31 in the iTunes chart only two hours after the show finished, and has been viewed more than 250,000 times on YouTube. Yeo Valley has also launched a karaoke competition app, and the winner will appear on the Yeo Valley ad to be aired during the live final in December.