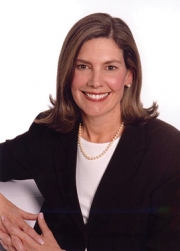 She'll take a short break before pursuing other opportunities, the company said in a statement. A successor hasn't yet been named.

Unilever has seen considerable change in the ranks of its top marketers in recent years since Procter & Gamble Co. and Nestle veteran Paul Polman became CEO in 2008, though most key positions have been filled from the ranks of Unilever rather than outside. Last year, Keith Weed succeeded Simon Clift as chief marketing officer, and Silvia Lagnado, who led the globalization of the Dove brand and later became exec VP-savory products, became chief marketing officer of Bacardi.

In a statement, Unilever credited her with growing investment in media innovation, such as developing branded content with media companies, new mobile applications, online video content, digital out-of-home and leverage of social media and other new digital platforms.

Ms. Klauberg rose through Unilever's U.S. personal-care business, joining through the Chesebrough-Ponds acquisition in the 1990s and ultimately becoming senior VP-marketing for the company's former prestige personal-care business, including Calvin Klein. She became VP-media for North America in 2005 and added Latin American media to her oversight last year.

Unilever reported $.7.2 billion in advertising and promotion spending in 2009 and $6.5 billion through the first three quarters of 2010 as the company sharply stepped up spending globally along with most competitors.