Viceland launched its U.K. operation this week, kicking off an aggressive international rollout that will see the TV channel starting up in more than 50 countries over the next few months.

Matt Elek, Vice Media's CEO for Europe, the Middle East and Africa, is masterminding the company's world domination plan from his London office: marketing, scheduling and budgeting will all be managed from the U.K. as Viceland extends its influence across new markets.

"It's weirdly calm," Mr. Elek said, speaking on day one of the U.K. launch. "I was expecting it to be frenetic and stress-filled, but there are no major dramas. It's professional."

Why the rush? "There's no reason to hold back," Mr. Elek explained, "Our channel is ready to go and we can move quickly as we strike deals."

Viceland, which launched first in the U.S. in February, has secured deals with major TV broadcasters around the world, including A&E in the U.S., Sky in the U.K., and Canal Plus in France. Carriers broadcast the channel – and in many cases provide video on demand services too – as well as providing commercial support and ad sales.

Despite Viceland's promise that it would "re-imagine the TV commercial," and its track record of brand innovation, including VR content for Samsung in the U.S., the priority for the new launches is to get the programming right.

"In the U.K. and internationally we are not going to be completely experimental from day one," Mr. Elek said. "The whole ethos of the channel is to try and do things that feel different to anything else on TV; to represent the interests of young people around the world. We are talking to brands about being innovative, but regulations [outside the U.S.] are more stringent."

Apple Music is sponsoring Viceland U.K.'s flagship music show, "Noisey," but in the opening days at least, the ads on the channel are regular Sky spots: Nestle, Kellogg's, Cadbury in the daytime, and British Airways, Heineken and Samsung during peak hours.

Vice was founded as a Montreal "punk" magazine by Shane Smith in 1994, and has since grown into a global multimedia company. Its success has attracted investors including Disney (which doubled its investment to $400 million for an 18% stake a year ago), WPP and Viacom.

Speaking at the Edinburgh TV festival in August, Mr. Smith asserted that Vice had moved into TV to "get off the crack that is Facebook." He said that a multiplatform approach made sense because the big internet companies take up so much of the available digital advertising revenue.

Mr. Smith has always been clear that the move into TV is not about ratings, but about engaging audiences over the long term. "TV is another thing we do," Mr. Elek confirmed. "It's not sitting in a silo. It goes alongside mobile and digital. We make content and push ad dollars across screens."

Viceland aims to create 15-20% of its content locally in each market, although every show -- including favorites like "Woman" and "Gaycation" -- has an international flavor. Vice News, which in the U.S. airs on HBO but not on Viceland, will be broadcast on Viceland in other markets. 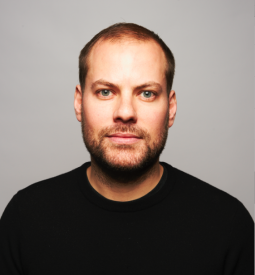 It is important that every Viceland – just like every Vice website – has a unique relevance to the country it serves. Mr. Elek said, "Millennials are open-minded when it comes to international content, but Viceland still needs to feel localized and specific. It's great when a someone in Spain thinks that Vice is a Spanish company."

At the same time, maintaining a recognizable brand across all channels and all territories is also important. "It takes skills and care and management to make sure that the tone of voice, the aesthetic and the sales all represent one media brand," Mr. Elek said. "We have systems and quality control checks – we know what we are about and we know what delivers."